One dead, others injured in crash on Hohoe-Kadjebi road 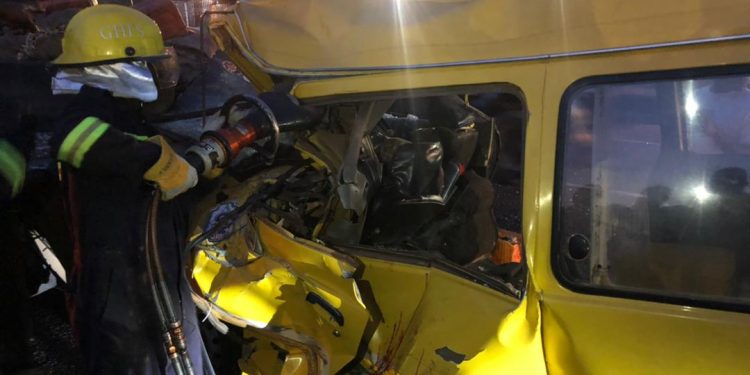 A man believed to be in his 40s lost his life on the Hohoe-Kadjebi road, while others have sustained various degree of injuries after being involved in an accident.

The accident which occurred on Saturday afternoon between Bowuri and Akpafu, according to sources, was as a result of the car developing a flat tyre leading to the driver losing control of the urvan bus which was transporting passengers including students from the Bueman Senior High School in the Oti Region.

Citi News sources indicated that the vehicle somersaulted several times and landed upside down, killing the man on the spot.

Some injured persons are currently on admission at the Hohoe Municipal Hospital, while others have been treated and discharged.

The 30-kilometre stretch of the Eastern Corridor road project from Hohoe to Jasikan is progressing steadily but has become prone to vehicular accidents.