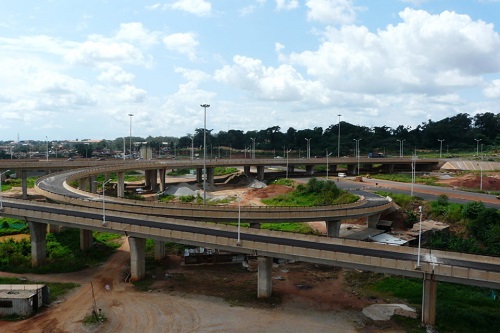 Car dealers and illegal occupants in and around the Sofoline interchange in the Ashanti Region have been given a January 20 deadline to vacate the area to allow for landscaping and other beautification activities to be undertaken.

The date is a three-week extension of the 31st December 2021 ultimatum given to the occupants last year, following discussions with the concerned persons.

The Ashanti Regional Coordinating Council in a release signed by the regional minister, Simon Osei-Mensah said while many of the illegal occupants have vacated the area, there are a few of them who are adamant.

“The Contractor executing the project has long requested for access to the sites to commence landscaping and other ancillary beautification activities at the Sofoline Interchange. This, notwithstanding, the illegal occupants have still not left the place,” the statement said.

The Regional Coordinating Council expressed regret that the refusal of illegal occupants to leave the area has further delayed the over a decade old Sofoline interchange project, but it is determined to push through the project this time.

“In this regard, all illegal occupants at the enclave must note, that, after the deadline of 20th January 2022, any vehicle or items found in the area will be removed at the cost of the owners,” the statement warned.

The Sofoline Interchange Project was started by the Kufuor administration in 2007 and was due for completion in 2010, but work stalled for years.

It is currently over 75 percent complete and has seen lots of challenges, including the release of funds to the contractors, Messrs China Geo-Engineering Corporation. 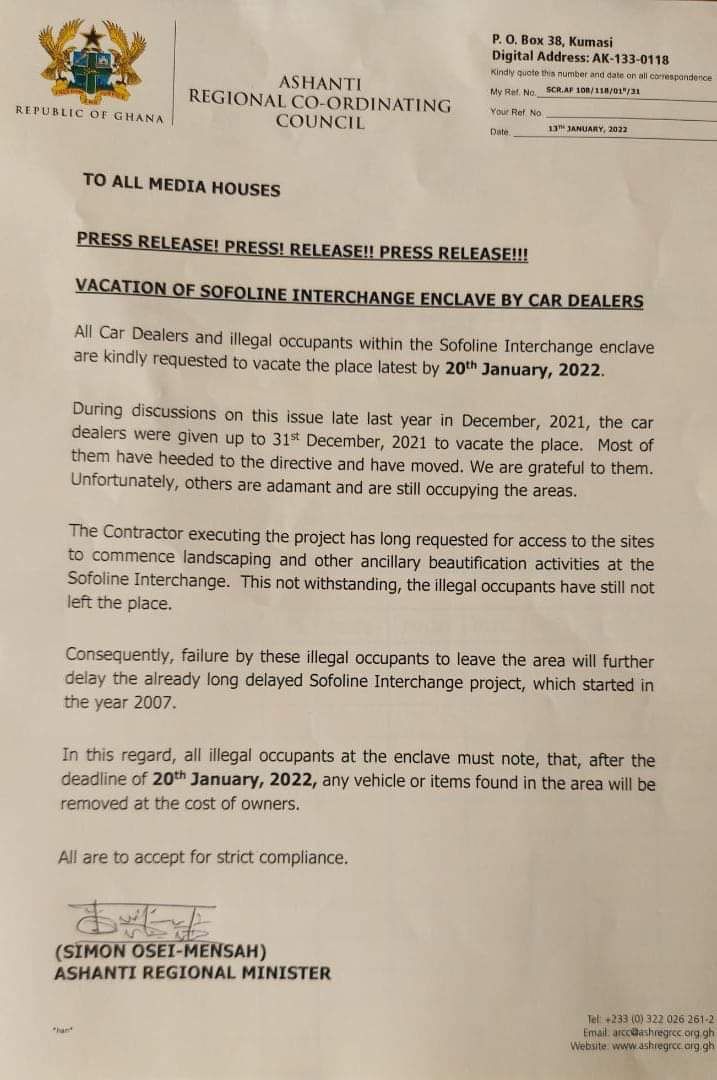