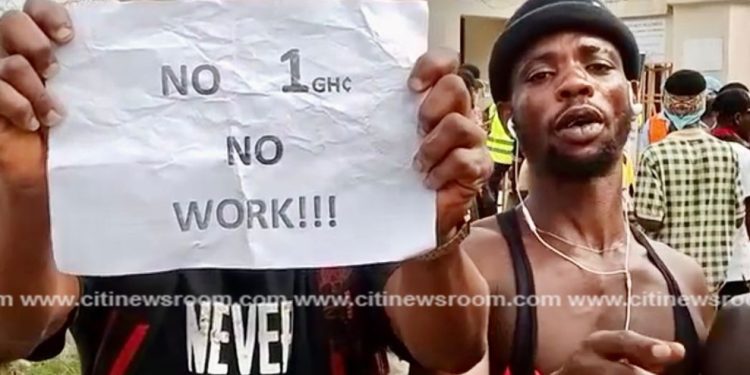 Cocoa carriers in the Ashanti Region say they will resist any amount less than GH¢1 as wage per bag load for the cocoa beans they carry.

The Cocoa Marketing Company Limited, in a letter sighted by Citi News, has agreed to pay the carriers 82 pesewas per bag of cocoa beans they carry instead of the 65 pesewas they currently receive.

However, a spokesperson for the cocoa carriers in Kumasi, Raymond Atanga, told Citi News they will not accept any amount less than the GH¢1 they are demanding.

“We just heard that they have suggested 82 pesewas at a meeting in Tema but we in Kumasi are saying that we will not work if we are not given 1 cedi. Workers in Kumasi, Tema, Takoradi will not accept 82 pesewas.” 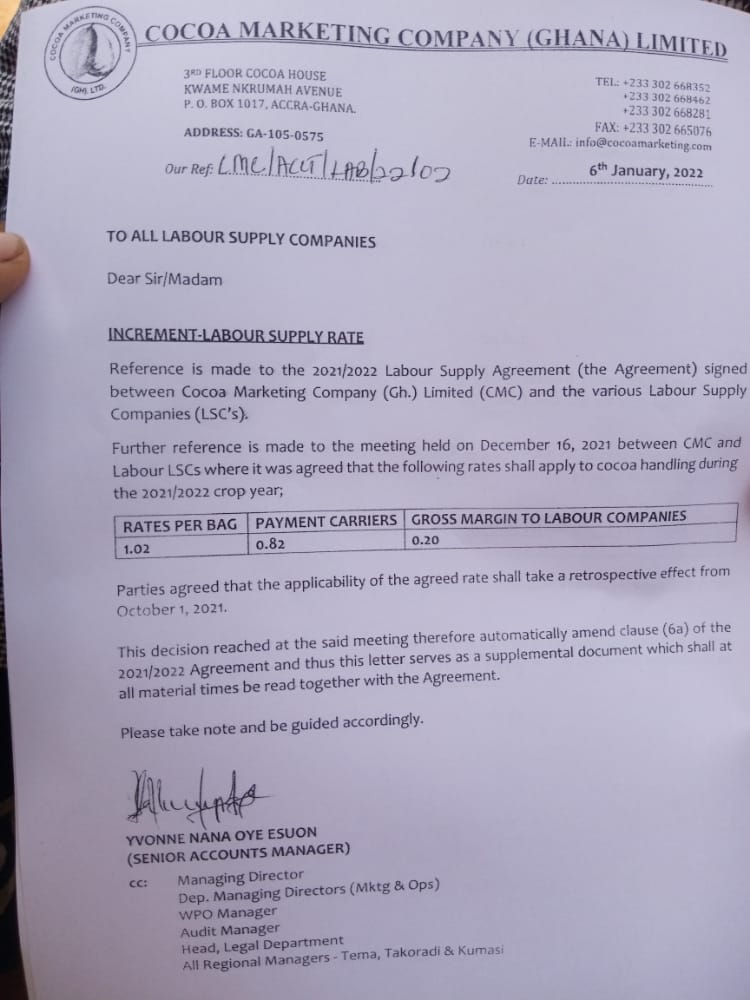 Cocoa carriers in Takoradi, Kumasi, and Tema embarked on a sit-down strike to demand wage increment and better conditions of service.

Thousands of bags of cocoa beans were left unattended on Wednesday at the various warehouses of COCOBOD in the Western and Ashanti regions as a result of the indefinite sit-down strike declared by the carriers.

The Headman for the Cocoa Carriers, Joseph Bordo, told Citi News that the indefinite strike is to demand GH¢1.00 instead of the 65 pesewas they are given per bag load.

The Ghana Cocoa Board has said it will do its best to resolve the grievances of cocoa carriers.