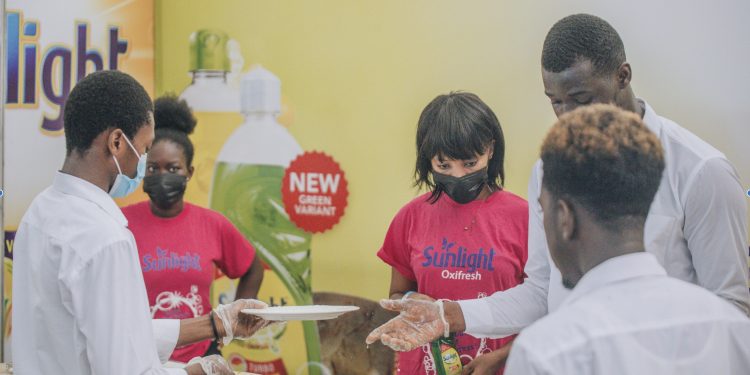 Sunlight, the dishwashing liquid soap, is a household name trusted by many to keep cooking ware and plates clean before and after they have been used in the kitchen or at the dinner table.

Over Christmas weekend, many from around the world benefited from its amazing work of removing stains in just one wipe at the Around The World Food And Drinks Festival.

The three-day food and drinks festival, which was held at the Polo Court in Airport City, near the Kotoka International Airport, featured some of the most amazing culinary cultures from all corners of the world and brought to life by chefs who have spent their lives ensuring that food cultures are preserved and improved.

In total, 500 culinary cultures from about 20 countries were experienced at the Around the World: Food and Drink Festival.

With food from around the world being served to a beautiful crowd of people from all walks of life and dozens of different nationalities, one essential thing for the chefs was to ensure that they were serving their food in squeaky clean plates, while the wine glasses and cutlery sets all remained well cleaned.

That was where Sunlight Liquid Soap’s ability to clean anything with just one wipe became the saving grace of both the Around The World Food and Drinks Festival and the many chefs and cooks who held various masterclass sessions and served 500 dishes from 20 different countries.

During the three-day festival, Sunlight’s stand at the festival washed more than 1000 plates.

Some of the plates belonged to the beloved all-men cooking team, Menscook who held a family brunch with Kofi Kinaata on December 25 at the festival.

Before them, the Tell It Moms Yummies Brunch with Sweet Adjeley also got its plates, glasses, and cutlery set given the full Sunlight Liquid Soap treatment. It was no different for the Nyonyo and friends who hosted Hawaiian Brunch held on Sunday, December 26, 2021.

All the plates and cooking ware used by WhiteMoney, Ify of Ify’s Kitchen, Sweet Adjeley, and others during their various masterclass sessions at the festival were all washed with the Sunlight Liquid Soap.

About Around the World: The Food and Drink Festival

This was a convention of the best cuisine from around the world meeting at one specific place. Various countries have their own amazing cuisine that tells the story of who they are and others are also curious to enjoy them. However, not everyone has the opportunity to visit every country on earth. That is why Around the World: The Food and Drink Festival is perfect to assemble the national cuisine for people in one specific location. The three-day event was a melting pot of diverse cultures and people who just want to savour food from Around the World. 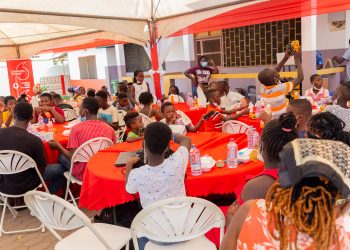