Three dead, others injured after car crash at Ekumfi Ekotsi 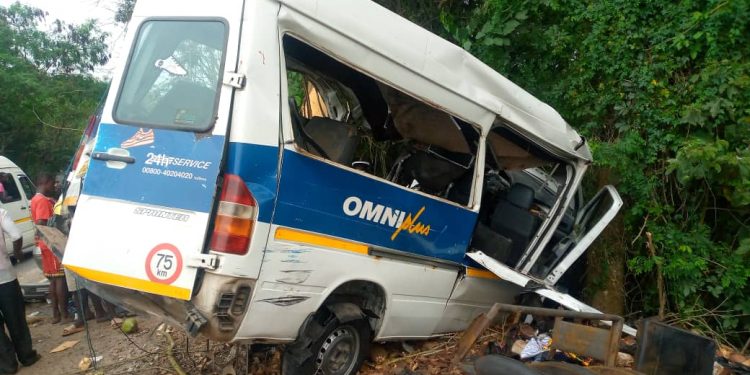 Three persons have been reported dead following a car crash at Ekumfi Ekotsi in the Central Region after a Sprinter bus with registration number GR 6201-21 burst a tyre and crushed into some bystanders.

Several others also sustained various degrees of injuries as a result of the incident.

The incident which occurred on the evening of Thursday, January 13, 2022, brings to two, the number of accidents on that stretch since the beginning of the year.

One of the three persons is said to be a coconut seller who was waiting for a friend along the road when the unfortunate incident occurred.

An eyewitness, Solomon Nkansah, narrated the incident to Citi News, saying: “We heard a loud sound and upon our arrival, we saw that a vehicle had burst its tyre. The car had crashed into someone. Honestly, it will be surprising to find occupants of that vehicle without any injury. Others were injured, and they have been rushed to the hospital for treatment. The man who died is a coconut seller, and he was waiting for a friend.”

The injured persons are currently receiving treatment at the Saltpond Government Hospital.