We have no hand in attack on Radio Ada – Electrochem Ghana Ltd. 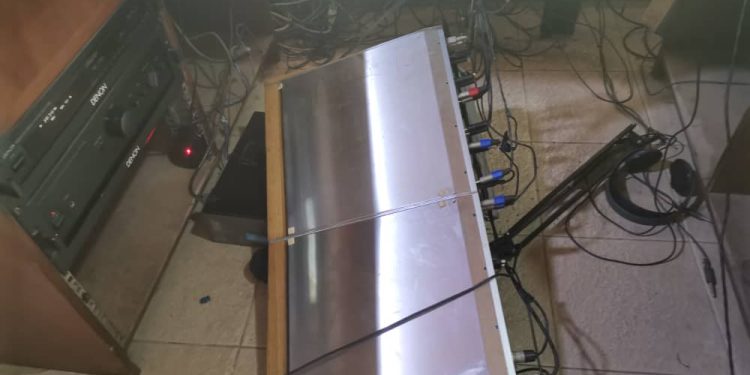 Electrochem Ghana Limited, the company contracted to mine salt in the Songor Lagoon, has dissociated itself from the attack on Radio Ada that occurred on Thursday, January 13, 2022.

This comes after the management of the media house said the yet-to-be-identified hoodlums who attacked the station and unleashed violence on some staff members warned the station to cease all programming on the Songhor Lagoon project or face a series of attacks.

The Deputy Station Manager of the company, Noah Dameh, disclosed that the station’s broadcast on the project, which has been leased to Electrochem Ghana Limited has become a story of concern to the indigenes.

He suspects this might have brought on the assault suffered by some of his employees and the destruction of their property.

Responding to this on Eyewitness News, the Corporate Communications and Public Relations Manager of Electrochem Ghana Limited, Henking Adjase-Kodjo, said the company has no hand in the incident.

“We were not directly associated with the disturbance. This is a mere accusation by some unknown persons. The attack on the radio station is rather unfortunate.“

“The story is as new to me as it is to everyone else. I chanced upon it on social media a few minutes ago. We have no direct or indirect link with the incident,” he added.

He also denied knowledge of any form of resistance by indigenes to the current arrangements to revive the Songor lagoon.

“Whatever opposition we faced is in the past. This particular project has received huge endorsements, especially from the Ada Traditional Council and other relevant stakeholders.”

He indicated the company’s commitment to working with all relevant stakeholders to steer development in the Ada area.

“We have done several CSR projects in the area. We are ready to work with stakeholders to champion development in the area.”

Some thugs besieged the premises of the radio station, assaulted a presenter, manhandled workers, and destroyed some of the station’s machines.

“The presenter was hit in the stomach as they destroyed everything. From there, the thugs moved out and asked other staff members to kneel, warning them to stop some of the programs we have been hosting”, he said.

Electrochem is a subsidiary of the McDan Group of Companies.

It is the largest salt and chlorine-alkali manufacturing firm in West Africa with a concession spanning 41,000 acres at Ada Songor.

The company, which was granted a fifteen-year mining lease to explore the salt resource in the Ada Sangor launched its operations in November 2020 with a target to produce one million (1,000,000) metric tons of salt per annum to supply to both the local and export markets.

Radio Ada: We were attacked over programming on Songhor lagoon – Dep. Station Manager