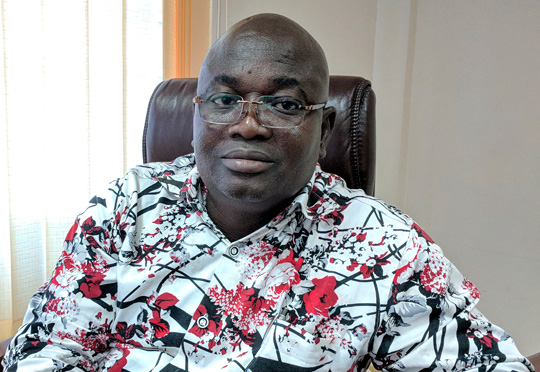 The Member of Parliament for Zabzugu, John Bennam Jabaah, has called for peace and unity among members of the governing New Patriotic Party up north.

He said lack of unity affects the party’s fortunes during elections.

He said this when he brought together the NPP party constituency executives to celebrate the end of the year and new year with them.

He distributed sewing machines, rice and oil to all women organizers of the party in the constituency.

The gesture, he said, was to thank them for their unflinching support for the party.

He said it was due to their support and prayers that the party won both presidential and parliamentary elections in the constituency during the 2020 polls.

“Unity is key to us as a party, especially in the Zabzugu constituency. Let us remain united and offer our support to anyone who is elected to lead the party. Without unity, it is the party that suffers. I pledge to lead the campaign of whoever is to be the candidate for the party in the constituency.”

Talking about peace, the MP called on the people in the constituency and the north, in general, to disregard the rumours that Konkombas and their neighbours are planning war.

He used the opportunity to touch on some of the initiatives he had embarked on a year after being a Member of Parliament.

“Together with my hard-working DCE, we have just, in one year, connected a number of communities to the national grid and work is currently ongoing on others. Plans are in place to start drilling boreholes in the constituency”.

The MP is offering support to 200 students in the Zabzugu constituency.

“I am supporting students in Zabzugu constituency with a hundred thousand Ghana cedis from my common fund. The support is for every student and not only for NPP supporters.”