Lecturers at the C.K Tedam University of Technology and Applied Sciences have rejected the decision of the National Executive Committee (NEC) of UTAG to suspend their strike over poor conditions of service.

Following a referendum on NEC’s decision on the matter on Friday, 64%  of the lecturers kicked against a suspension of the strike, while 35% voted to suspend the strike and return to the lecture halls.

1% did not answer the question. 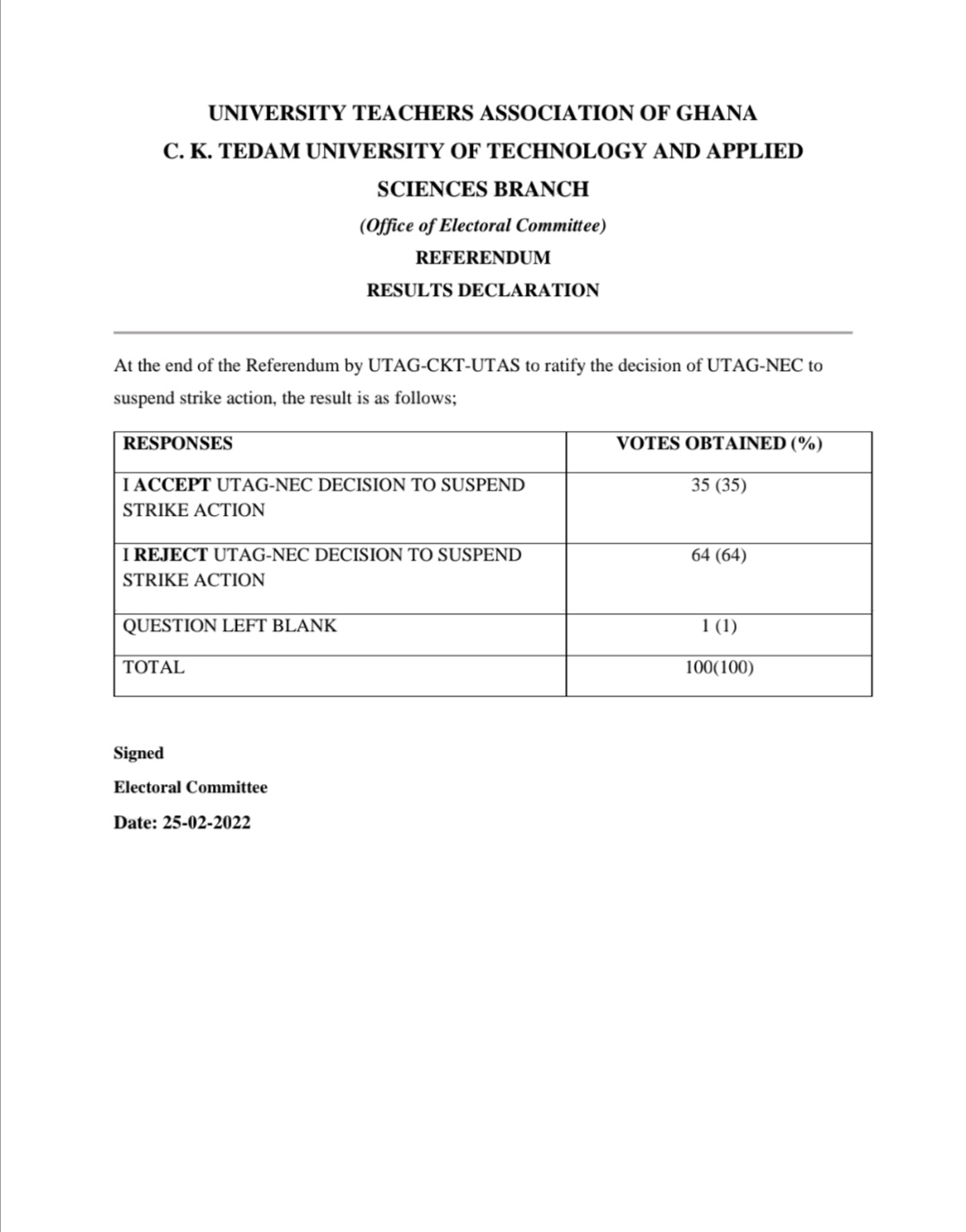 The University Teachers’ Association of Ghana, in a quest to honour the court’s order, Vice-Chancellors pleas, the education committee of Parliament, amongst other relevant bodies, temporarily suspended its almost 7 weeks old strike.

The suspension decision was arrived at a National Executive Meeting to give the government until March 4, 2022, to finalise negotiations concerning their working conditions.

While that is ongoing, all the 15 public universities in the country are to vote for or against the suspension of the strike.

The University of Health and Allied Sciences (UHAS), and the Ghana Institute of Journalism (GIJ) have voted in support of the suspension of the strike.

Despite the disparity in voting by members, several universities have already announced the resumption of academic activities.