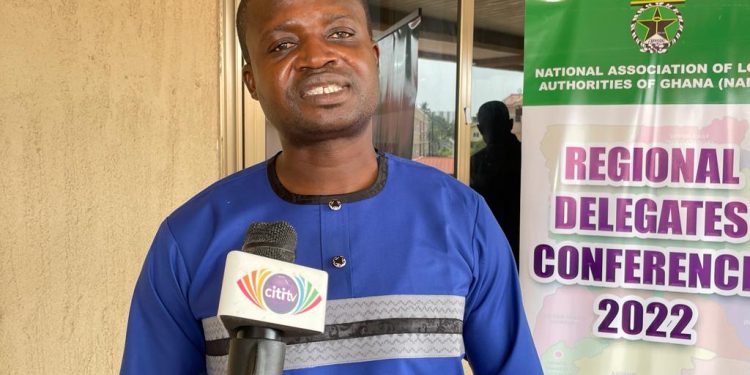 The National Association of Local Authorities of Ghana (NALAG) is urging Metropolitan, Municipal and District Chief Executives (NALAG) to discharge their duties in accordance with law and order.

According to the association, all MMDCEs must also be circumspect in their utterances when engaging the public.

This comes on the back of the arrest of the MCE for Sekondi-Takoradi, Abdul Mumin Issah by the Western Regional Police Command on Thursday, February 3 for an alleged motor traffic offence, verbal assault and offensive conduct against a police officer who was performing his lawful duty.

The National President of NALAG, Bismark Baisie Nkum reacting to the issue in a media interview after a regional delegates’ conference in Accra noted that all MMDCEs must be cautious when engaging public officials.

“In as much as we condemn the utterances of our colleague, we also ask public officers to be responsible towards citizens. We are not saying what the MCE did was right, but it is reactionary. So I am taking this opportunity to ask MMDCEs to exercise patience in their discourse with the public and other agencies because we are rending services to them. It is in the same vein that I am calling on the police to see the citizen as a client. ”

The arrest of the mayor of Sekondi-Takoradi, Abdul Mumin Issah generated public reactions as most people condemned the actions of the MCE.

The police officer who was at the centre of the issue, on the other hand, was applauded by many for staying professional in the heat of the moment.

“The President can appoint and at the same time unmake you. The President is clothed with authority to take that action”, he said.

Mr. Baisie Nkum also called for the amendment of the constitutional provisions on the payment of allowances to assembly members. According to him, the central government should pay an equitable and fair allowance to members.