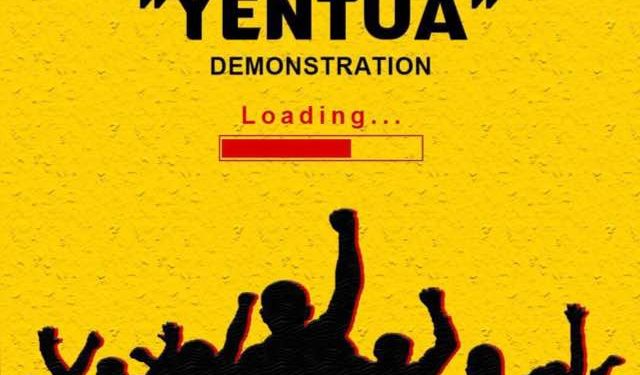 Members of the Coalition of Concerned Ghanaians (CCG) will today, Thursday, embark on a protest dubbed ‘Yentua’ demonstration to express their displeasure with attempts by the government to get Parliament to approve the controversial 1.75% Electronic Transaction Levy, popularly known as E-levy.

Representatives of the various political parties, Civil Society Organisations, and other identifiable groups leading the protest say arrangements for the demonstration with the Greater Accra Regional Police Command have been finalized.

The leader of the Coalition, George Opare Addo, urged the public to join the demonstration, which will begin at 7:00 am at the Kwame Nkrumah Interchange in Accra.

“We, therefore, entreat all and sundry feeling the pinch and bearing the brunt of the insensitive Akufo-Addo/Bawumia administration as well as those who will feel the severe impact of the E-Levy if passed to join other well-meaning Ghanaians at the Obra spot at 7:00 am on Thursday, February 10, 2022, for the Yentua demonstration.”

The organisers at a meeting on Tuesday made some adjustments to their initial plan of petitioning the President and the Speaker of Parliament.

They have thus resorted to only petitioning the Speaker of Parliament.

The group is demonstrating to express their displeasure over attempts by the government to get Parliament to approve the controversial 1.75% E-levy.

The government is hoping to generate over GH¢6 billion from mobile money and other digital transactions in the country.