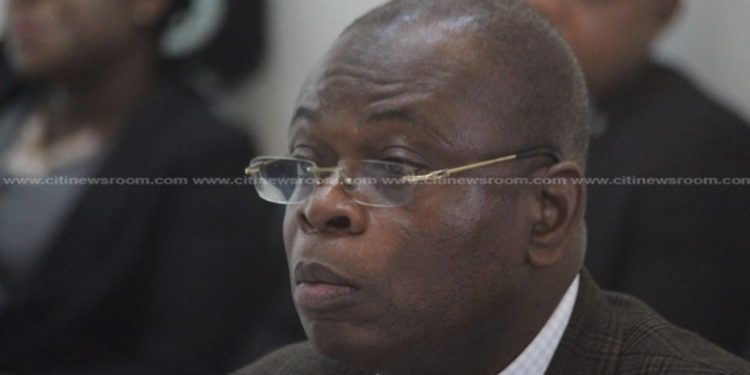 A cashier at the Twifo Praso Magistrate Court in the Central Region, Clemence Animabo, has been declared wanted by the Public Accounts Committee.

Clemence Animabo allegedly embezzled over GH¢71,000 of court proceeds over a three-year period.

This came up when the Judicial Service took its turn before the Public Accounts Committee in parliament on Friday, February 11, 2022.

Chairman of the Committee, James Klutse Avedzi, said Clemence Anomabo must be made to pay back the money, and he must turn himself in or risk facing the wrath of the committee.

“The name is Clemence Animabo who was a cashier at the Twifo Praso Magistrate Court. He embezzled GH¢71,759, and he paid GH¢10,492 so the balance of GH¢61,000 is outstanding. He has absconded and is hiding from the court and the police. He is wanted by this committee. He should contact the clerk to this committee in his own interest. If he refuses to come, we will get him,” Mr. Avedzi said.

She said the wanted person was interdicted but absconded after he was granted bail.

“We reported to the police, and he was placed on interdiction. He was granted bail and absconded,” she said.

“We have strengthened the monitoring process, and we have seen that between the registrar and the cashier sometimes there may be some connivance, so you need a third party or an independent person so that is how come we have the inspectorate and audit unit and the non-tax unit doing unaccounted checks on the cashiers nationwide to ensure that such occurrences are reduced to the minimum,” she added.