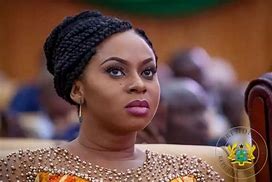 About 47% of residents of the Dome-Kwabenya Constituency in the Greater Accra Region, do not support the recall of the Member of Parliament, Sarah Adwoa Safo, following calls from some New Patriotic Party members to get her out of the House.

According to Global Info Analytics, which conducts economic and market research, political risk forecasting, 47% of the MP’s constituents do not support the push for her removal from the House. 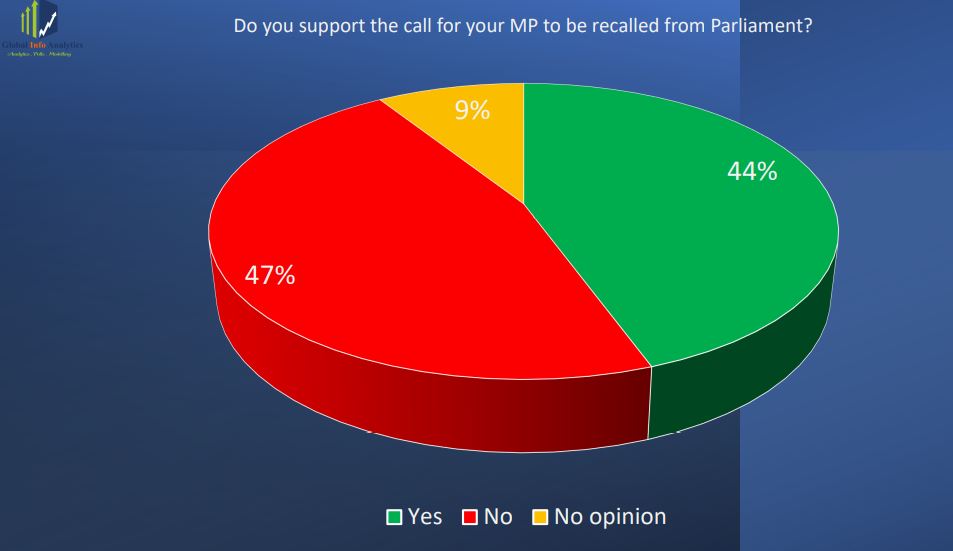 Some members of the Majority Caucus in Parliament have called for the removal of the Dome-Kwabenya MP, as they say, her constant absenteeism is retrogressing decision-making in the House.

“All the problems the government is facing are attributable to Adwoa Safo. Clearly, her intention and posture show that she wants to sabotage NPP.”

According to Article 97(1) (c) of the 1992 Constitution, a Member of Parliament who absents themselves from Parliamentary sittings for 15 times or more without written permission of the  Speaker must be made to vacate their seats.

The Honourable member, who doubles as the Gender Minister, has been absent from the House all through the beginning of the year, disabling the Majority from getting the full numbers to push for the passage of certain bills, particularly the E-Levy.

In her defense, the Africa Center for Women in Politics (ACWP) said she is being attacked, and her name is being dragged into the mud.

Excerpts from their statement read;  “We have observed with deep concern the recent vitriolic attacks on Hon. Sarah Adwoa Safo, Member of Parliament for Dome Kwabenya Constituency and Minister for Gender, Children and Social Protection.”