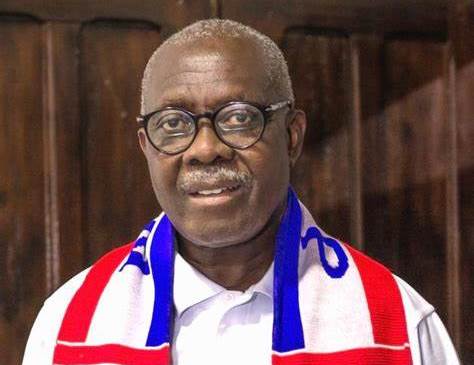 A former Minister of Foreign Affairs under the John Agyekum Kufuor administration, Akwasi Osei-Adjei, has declared his intention to contest the position of National Chairman for the New Patriotic Party.

The former diplomat says he has what it takes to help the NPP win the 2024 elections.

Speaking to Citi News, the former Member of Parliament for the Ejisu-Juaben constituency expressed confidence in the delegates of the party to give him the nod to lead the party.

“I am prepared, and I will go a long haul. I have to go in to win, not to just add numbers. I am going in with the expectation, and I am very confident that it will be mine. We are at a crossroads, and we need somebody with a bit of diplomatic acumen,” he said.

At an earlier press conference, he said the party must elect mature leaders with the knowledge and skills required to bring unity to the party and uphold tenets such as sacrifice and service to the party.

He also paid tribute to the party’s leadership saying, “It is an honour for me to say kudos to the ever-cherished gallant men and women of the New Patriotic Party for their hard work in service to our great tradition of the New Patriotic Party, towards our electoral victories, especially in the 2020 general elections. I truly believe that both executive and non-executive members deserve commendation and reward,” he said.

Mr. Akwasi Osei-Agyei became the Member of Parliament for Ejisu Juaben from 1992 to 1996.

The former MP has risen through the ranks of political appointments.

He was appointed as the deputy minister for Trade and Industry in 2003.

Some Committees he served on include House Appointment, Trade, and Industry Tourism Communication Finance.

E-levy better than going to IMF for ‘peanuts’ – Prof. Adei