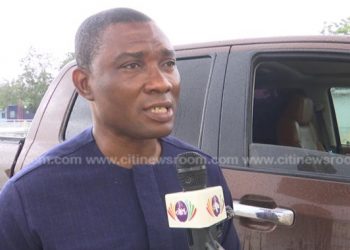 The Lands and Natural Resources Ministry has defended the $6 million fine imposed on Maxam Company Limited, the firm at the centre of the Appiate Explosion in the Western Region.

However, government has slapped the company with a $ 6 million fine.

The fine has attracted mixed reactions from industry players.

But  in an interview with Citi News, the Deputy Minister of Lands and Natural Resources in Charge of Mines, George Mireku Duker, said the ministry is not being heavy handed but rather took into consideration the gravity of the incident.

“We are looking at other experiences and we believe that it is fair, within the domain, as far as the intensity of the incident is concerned.”

George Mireku Duker also indicated that there would be far-reaching consequences against Maxam if management fails to pay the fine within the 18 months grace period.

“The consequences are clear. We have already directed them to pay  monthly installments of not less than $277, 777.6 monthly. They are to do this before their licence will be restored.”

Meanwhile, Maxam Ghana Limited, has insisted that it never breached safety regulations in the transportation of the explosives.

It was however quick to declare its commitment to paying the government’s $6 million fine.

The government earlier suspended the license of Maxam Ghana Limited days after its truck transporting explosives to Chirano Gold Mines was involved in a huge explosion, resulting in the death and injury of over 100  persons.

The government subsequently imposed a $6 million fine on the comapny, together with a set of measures to comply with, as a condition to the restoration of its permit.