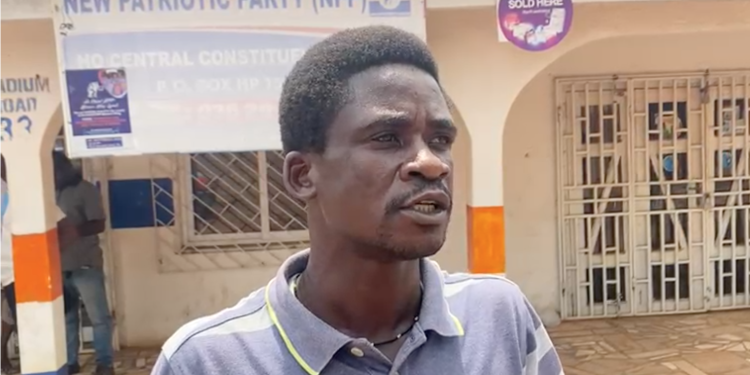 The threats follow what they say is a refusal by incumbent constituency executives to sell nomination forms to aspiring executives.

The aspirants say the situation is a ploy by some party bigwigs to impose new executives on the constituents.

One of the aggrieved aspirants speaking to the media in Ho, said that “across the Volta Region, especially Ho Central, we cannot see the forms. We don’t even know the colour or what the forms look like.”

“We are here to let our leaders know what is happening in Ho Central, and so they should come to our aid,” he added.

Another alleged that the leadership of the NPP in the constituency does not want the current crop of polling station executives to contest the polls.

“If they do not allow people to contest, then there will be no election for Ho Central executives,” this aspirant warned.

“Some people in Ho Central want to destroy the NPP; the party we have fought for…  The entire executives want to hold this party to ransom,” one other said.

The NPP also witnessed tensions over nomination forms in the Manhyia North constituency of the Ashanti Region.

The party has said it will investigate the incident after it took the intervention of armed police officers to maintain order and whisk away the Member of Parliament for Manhyia North, Akwasi Konadu from the party’s office.

E-levy not inclusive, we were never engaged – Federation of Disability Organisations