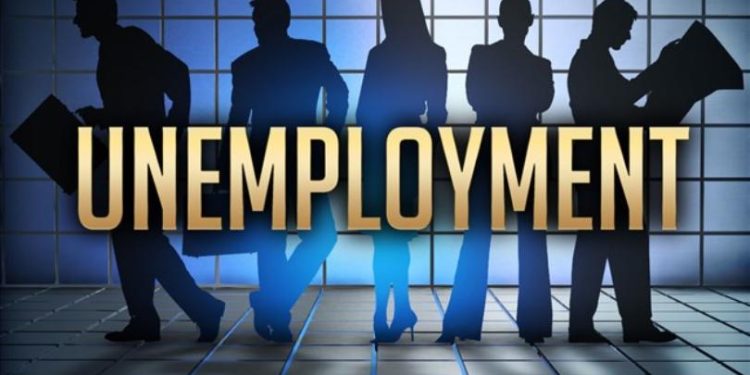 During a news analysis show over the weekend, Dr Priscilla Twumasi Baffour, revealed that 33% of young adults in Ghana are unemployed.

The Senior Lecturer at the University of Ghana’s Department of Economics added that, more than 46% out of the young adults without employment have giving up hope of finding work and have stopped looking for jobs.

According to her, these figures were revealed by the Ghana Statistical Service in December 2021 after the Population and Housing Census (PHC).

Dr Priscilla said this dire employment situation is because, “the private sector which should expand to accommodate all these people that are graduating from our institutions… is, indeed, a bit stunted if not shrinking.”

The PHC indicates that Ghana’s private sector employs only 13 percent of Ghanaians. This data hasn’t changed much from 2008 till date.

“So structurally, the economy is not changing and this is against the backdrop of a very youthful population…,” she added.

She made the point that, it is the manufacturing sector that makes the “difference” if we want to create employment opportunities “that will make a meaningful impact.”

However, contrary to the promise of the present government to move the economy from “taxation to production,” the country’s manufacturing sector has been rendered unappealing as “it is more attractive to buy and sell in Ghana than to enter into manufacturing,” according to Dr Priscilla.

This is because, “most of the challenges in the sector are quite daunting.” The country’s infrastructure, access to credit, cost of energy and the regulations that govern its business environment pushes those with capital to “rather go outside {of the country} to produce goods with local names and bring them onto the market to sell.” And as such, “we are creating jobs for other people and not for ourselves.”

In 2016, then in opposition, this government’s sway on the population was largely as a result of the promise to change the fortunes of the country by revolutionizing our industrial sector, thereby creating jobs.

However, after five years and wining another election, the government’s commitment to address this crucial problem seems elusive as most of the issues it diagnosed as problematic with our economy still persist.

Dr Priscila indicated that, “for manufacturing to thrive and for the country to attract foreign direct investment into the sector, we need a stable macro-economic environment.”

Crucial to a strong macro-economic environment is the cost of capital, however, interest rates “have struggled to come down.”

Last month, Britons were alarmed as the Bank of England increased the country’s interest rate from 0.1 to 0.25% to curb increasing inflation.

The interest rate by commercial banks in Ghana, as at 14th January 2021, was 12.76%, according to the Bank of Ghana (BoG). However, this is much higher, averaging around 20%, per individual banks in the country.

Wondering why the BoG made more profit than the Bank of England? The latter ensures that its lending rate is very low, which ensures that the cost of borrowing by individuals and industry is close to nothing.

Isn’t it the duty of the BoG to ensure that the country’s macro-economic landscape is robust to help businesses and manufacturing companies thrive? Why will the BoG maintain the cost of lending at this high rate when it’s hurting the country’s industrialization drive?

Another decision by the government which raised heads recently from the Trade Unions was the reversal of the 50% benchmark value.

The President of the Association of Ghana Industries (AGI), Dr Humphrey Ayim Darke, has said that, “The benchmark value is at variance with government’s industrialization agenda.”

Other important issues which were consistently trumpeted on campaign platforms to “manufacture consent” were a stable currency, a reduction in our rising debt, prudent management of our expenditure and the shoring up of our revenue.

None of the above has been corrected as our currency continues to fluctuate and depreciate, soaring debt and unnecessary expenditures continue to dwarf the sectors that need attention and our “abysmal” revenue mobilization has caused the government to introduce the E-levy, which has received backlash from leading economists such as Professor Godfred Bokpin, who says he has “serious reservations” about the proposed tax.

But Dr Priscilla makes it clear that “a stable currency is a requirement in our industrialization drive. And we also need to keep inflation under control… First of we need to look at our sustainable debt levels… On revenue mobilization, a lot needs to be done because, we are currently under performing as a country. We are currently looking at a tax to GDP ratio of between 15 and 17 percent. The ideal situation is something close to 25 percent.”

Consistently, Ghana’s governments have not paid critical attention to the prudent management of the public purse. Prices of projects are often inflated. And value for money seems to be alien in government projects and programmes. Does a country which is cash strapped and can’t pay its debts afford needless expenditures?

Our governments seem to have no idea about the fact that “a saved expenditure is the equivalent of a revenue earned.”

Regardless of the government’s Planting for Food and Jobs initiative, in 2020, our Agric sector was dwarfed by the services sector by more than 20% as they contributed 18.24% and 42.63% to GDP respectively.

Dr Priscilla had some important questions for us and our government.

In the face of this evidence, not to mention the numerous politically motivated youth empowerment and job creation endeavours such as GYEEDA and NABCO, which have been largely inconsequential, it is difficult to accept that our government cares about solving this menacing unemployment situation.

However, no one can deny the threat our country faces as many energetic bodies and minds are left to the mercy of hope. This house, our country, could be razed down if we keep playing with the lives of the young.

The writer is Kofi Boateng, a journalist and graduate of Ghana Institute of Journalism