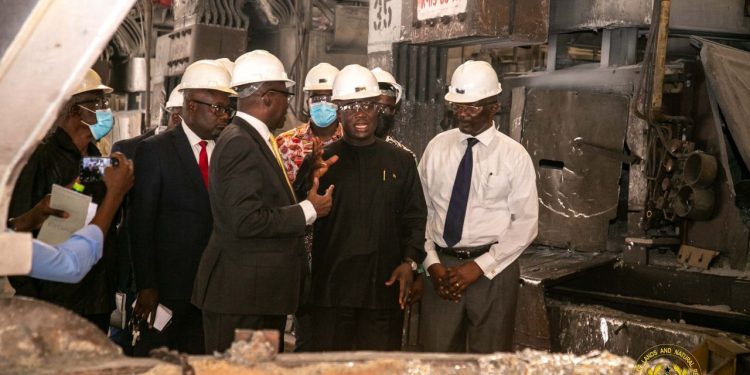 The Minister of Lands and Natural Resources, Samuel Abu Jinapor, has reiterated the government’s commitment towards the modernization of VALCO, to improve efficiency and increase its capacity and make it globally competitive.

According to him, the Ministry is finalizing a memo to Cabinet for approval to proceed with the search for a strategic investor to partner with the Ghana Integrated Aluminium Development Corporation (GIADEC) in the modernization and expansion of VALCO.

Addressing the press during a working visit to the smelter on Wednesday, February 9, 2022, Mr. Jinapor noted that a retrofitted VALCO will play a significant role in the development of Ghana’s Integrated Aluminium Industry.

He further noted that the development of Ghana’s Integrated Aluminium Industry remains a priority of the government. 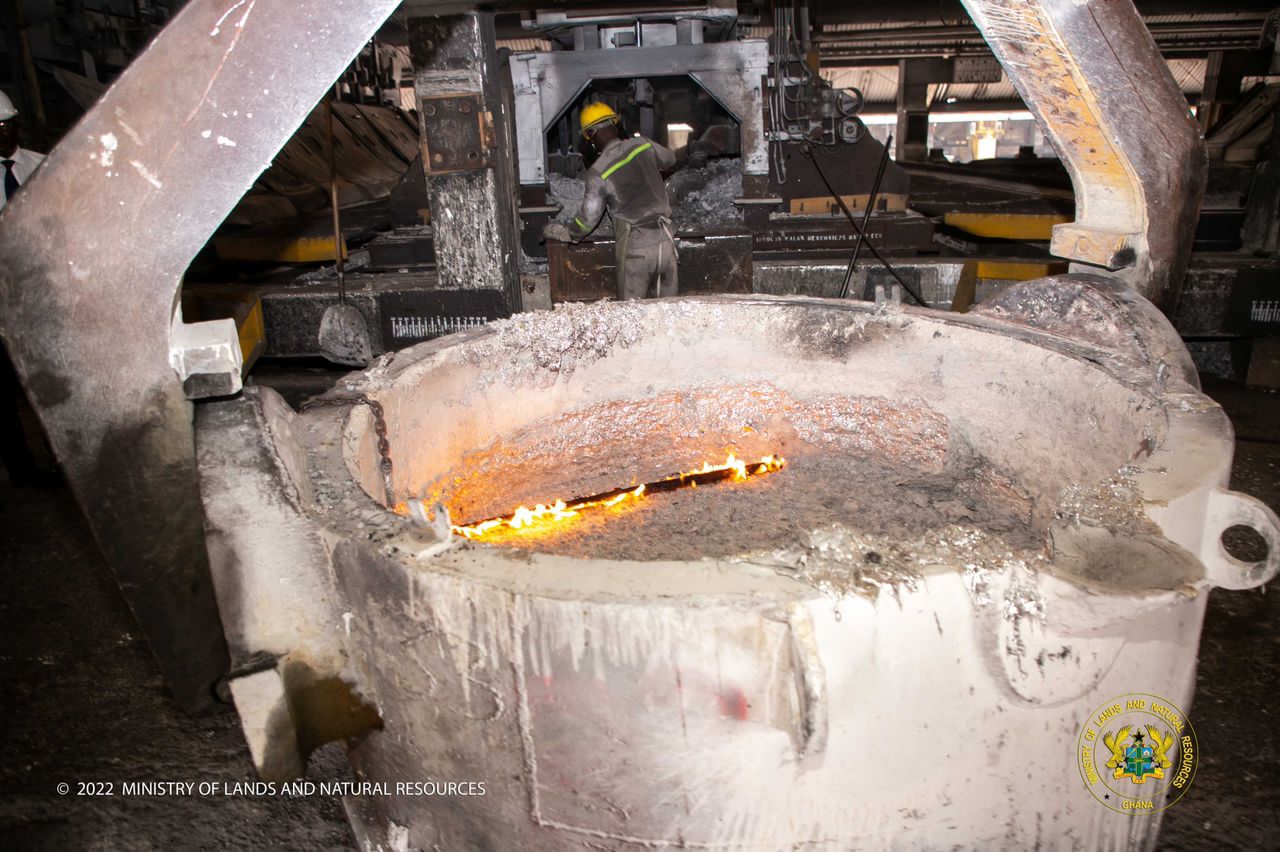 “We are fully committed to realizing the vision of the President. The instructions of the President could not have been clearer to us than they are now, and we are absolutely determined to work, as a Ministry, with GIADEC and VALCO to ensure that we realize President Akufo-Addo’s vision of building an integrated Aluminium Industry in Ghana so that we can ramp up our industrialization agenda. It is only through that we can create the hundreds, thousands and millions of jobs that our population needs dearly” he said.

Mr. Jinapor stressed that the development of an Integrated Aluminium Industry is a huge project and will require a collaborative effort and time to develop.

“We have to be very candid about the kind of task we have on our hands. It’s a very challenging one; it is a really big undertaking. It’s not impossible, it’s not insurmountable, but it will take a lot for us to build this Integrated Aluminium Industry. What should be assuring to our countrymen and women is the fact that a framework has been established, extraordinary work is being done on a daily basis, day and night, and the signals are looking very good” he added. 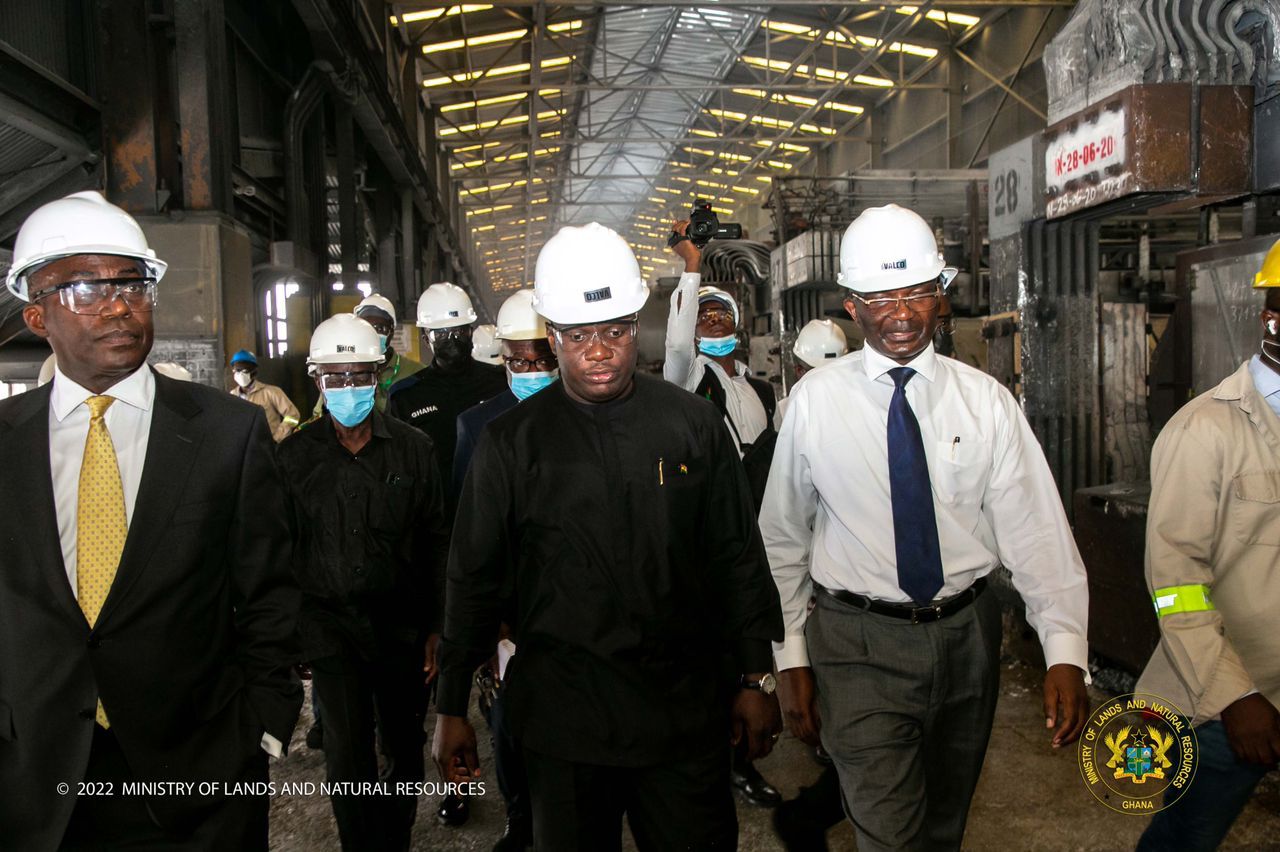 He commended the Management and Board of the Ghana Integrated Aluminium Development Corporation (GIADEC), who holds the Government of Ghana’s 100% shares in VALCO, and the Volta Aluminium Company (VALCO) for their enormous contribution in positioning the aluminium smelter as a viable business venture which is beginning to attract new investments.

Chief Executive Officer of GIADEC, Mr. Michael Ansah, who joined the Minister on his working visit to the wholly Ghanaian owned smelter, emphasized that the modernization and expansion of VALCO, to increase its capacity and upgrade equipment to new and more efficient technology, forms part of GIADEC’s four projects of the IAI launched by President Akufo-Addo in September 2021.

He said “VALCO is very much at the core of GIADEC’s strategic plan to develop the entire value chain of the Integrated Aluminium Industry, which is everything around bauxite mining, alumina refining and aluminium smelting and ultimately the development of downstream industries. We are actively engaged in making sure that we can partner with various companies to establish downstream industries to ensure that we can lock in the value of what we are doing”.

Mr. Ansah further noted that the timing of the development of Ghana’s Integrated Aluminium Industry is favourable as there’s been a significant rise in the demand and prices of aluminium on the world market.

“The timing of what we are doing is right; the market is moving in our favour. The world market today is in deficit in terms of the supply of aluminium. China and other big markets are demanding aluminium and that’s what is accounting for the upward trend in pricing. With the deficit that is being forecast in the mid-2020s, it positions us to be in a strong place to drive this” Mr. Ansah added. 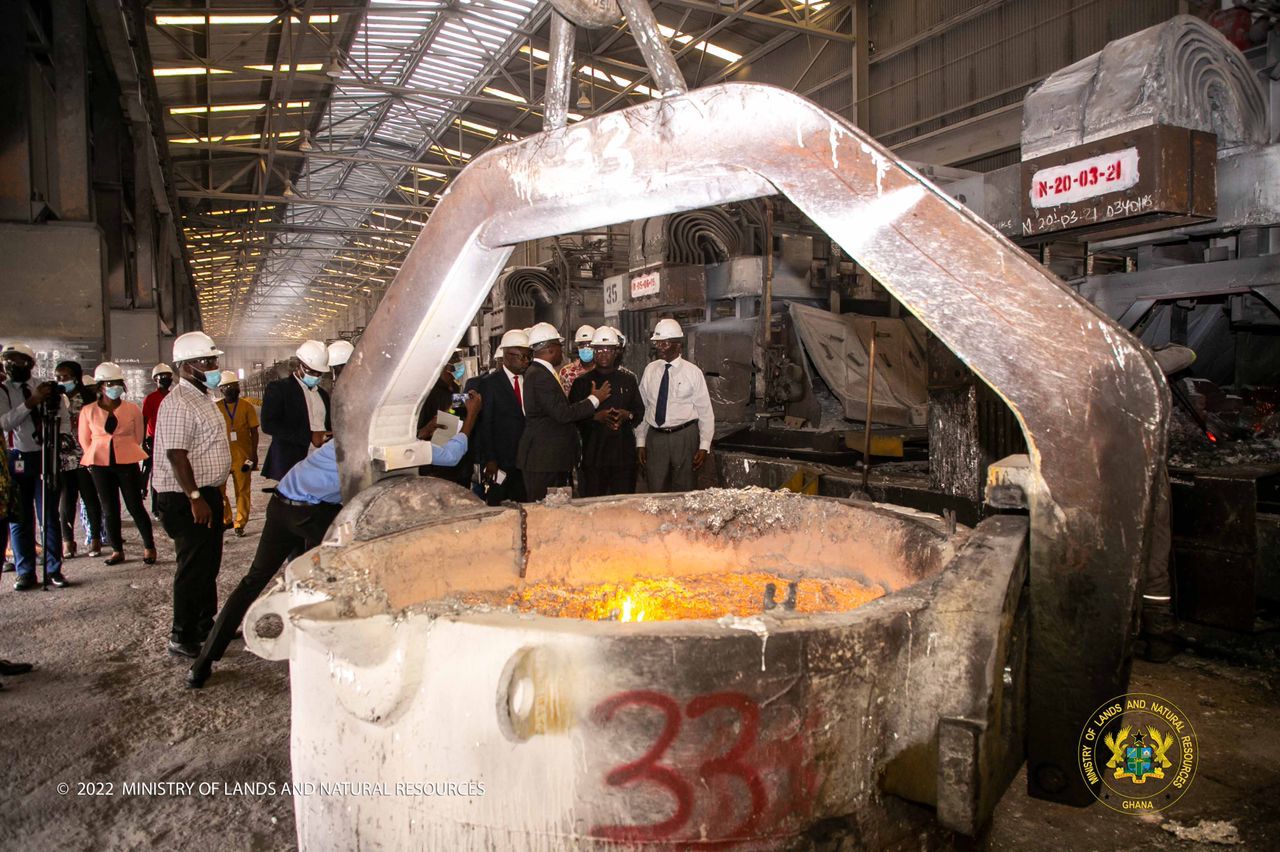 Chief Executive Officer of VALCO, Mr. Daniel Acheampong, thanked GIADEC and the Government of Ghana for what he described as a “massive support and productive collaboration” between all stakeholders in the IAI value chain in recent years which is beginning to bear fruits in the operations of VALCO.

Mr. Acheampong assured the Minister and his delegation of VALCO’s readiness and resolve to play its part in the development of a fully operational Integrated Aluminium Industry in Ghana.

The delegation from the Ministry of Lands and Natural Resources and GIADEC were taken on a brief tour of VALCO to observe the processes involved in the smelting of alumina into aluminium. 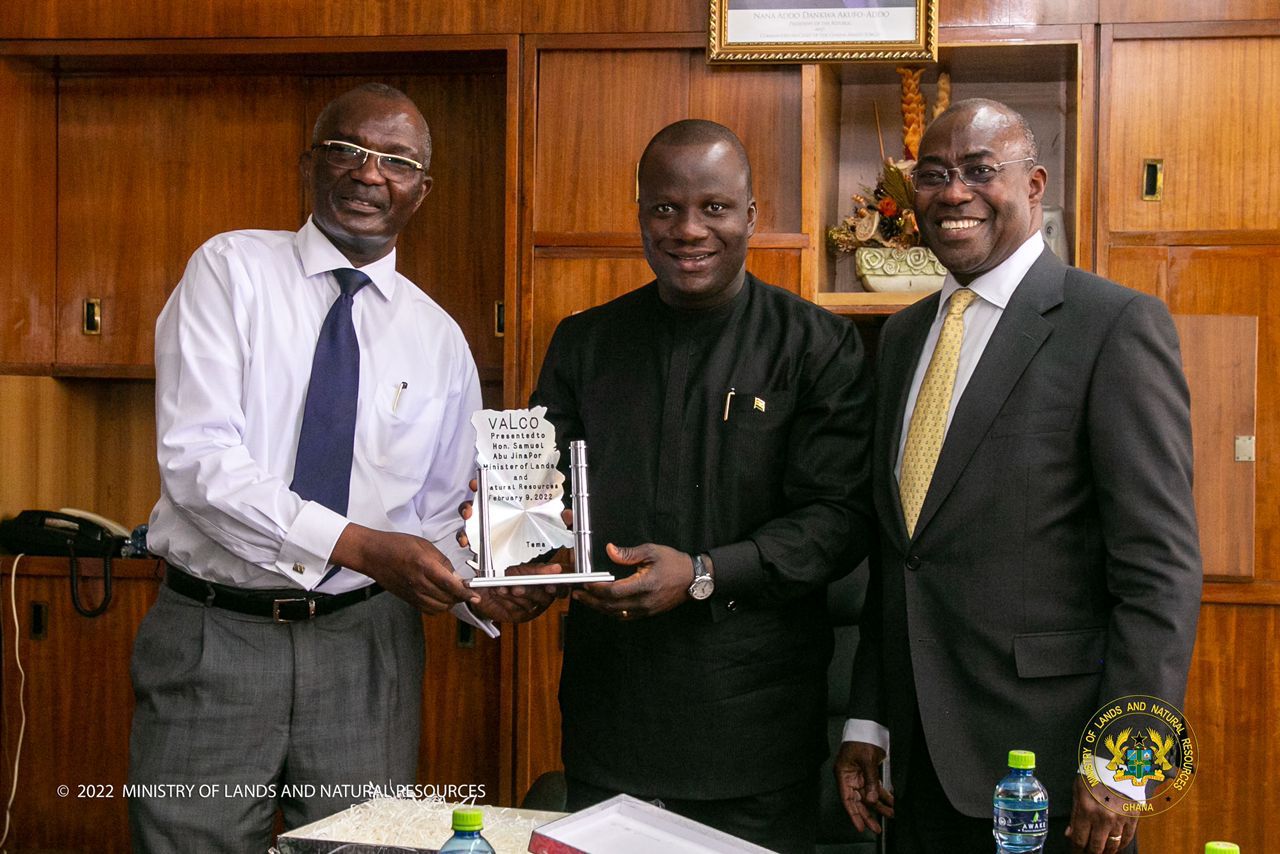 The team also observed how the primary metal is poured from a molten state into moulds to produce a variety of forms such as sows, ingots, billets, and slabs.

The Volta Aluminium Company (VALCO) is a wholly-owned Ghanaian Company and the largest in West Africa.

GIADEC holds 100% shares on behalf of the Government of Ghana.