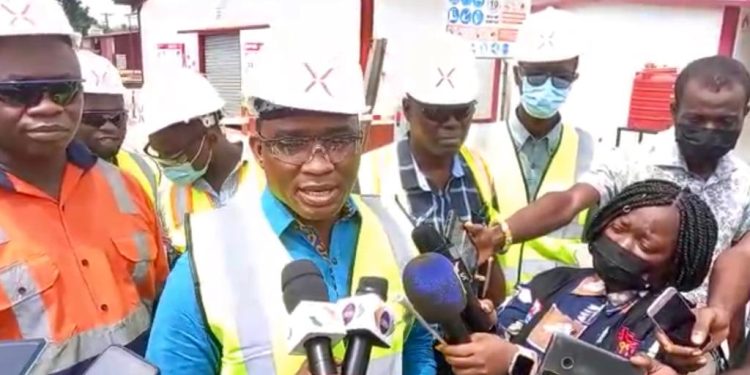 Officials of Maxam Company Limited have briefed the Deputy Minister for Lands and Natural Resources, George Mireku Duker, on how the company intends to meet new safety requirements set out by the government after the fatal explosion at Appiate.

Mireku Duker toured the offices of Maxam on Wednesday, February 9, 2022, to have first-hand information on plans put in place by the company to adhere to the safety measures. 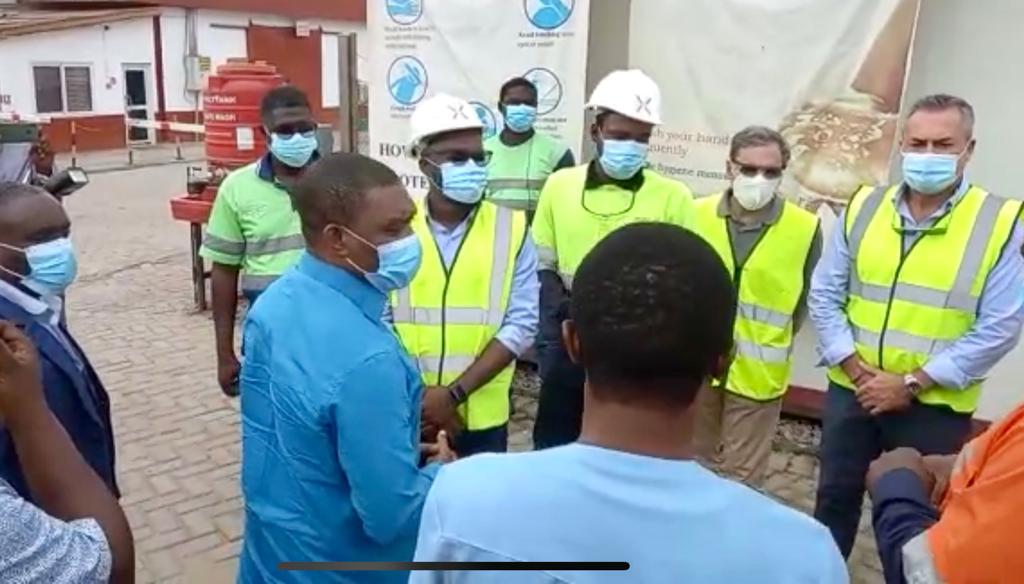 Speaking to journalists after receiving a briefing and tour of Maxam offices in Tarkwa, Mr. Duker said he is in a better position to brief the Minister for Lands and Natural Resources to determine how soon Maxam can restart its suspended explosive services, which is already having a negative impact on several mining operations.

“We have come this morning to practically abreast ourselves with what is on the ground. We have seen it, and we would inform the Minister accordingly. The technical team will sit with the Minister and advise him to inform subsequent directives.”

Speaking on whether there have been changes or not, the Deputy Minister said they are on track and are following the laid down requirements, but added that a few housekeeping rules would have to be tightened.

According to Mr. Duker,  the suspension of Maxam’s operations is having a toll on the mining sector.

Also justifying the visit to Maxam, the Deputy Minister said it was necessitated by Maxam’s payment of the first $1 million out of the total $6 million fine.

“As of yesterday [Tuesday], the Minerals Commissioned signalled us that they had made a $1 million payment into the account. On monthly basis, they are to pay approximately $278,000 till the middle of next year.”

Following the explosion at Appiate, government subsequently imposed a fine of $6 million on Maxam Ghana Limited, the company at the centre of the incident which killed some 13 people and destroyed the entire community leaving many injured.

The government also given Maxam a set of 14 conditions to comply with before its permit can be restored.