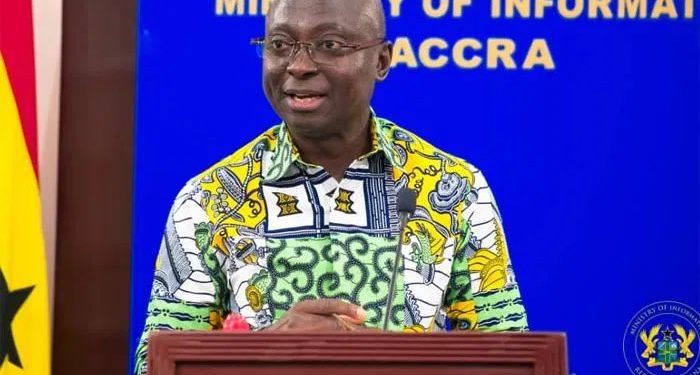 The Member of Parliament for Abuakwa South, Samuel Atta Akyea, is advocating for the image of the founder of the United Gold Coast Convention (UGCC), George Alfred Grant, popularly known as Paa Grant, to be featured on the country’s currency.

The legislator says this is to honour Paa Grant, whom he described as “the father of Gold Coast politics.”

He said the move will help acknowledge the role Paa Grant played in Ghana’s independence struggles.

Speaking on the floor of Parliament on Wednesday, February 9, 2022, Atta Akyea praised Paa Grant adding that the proposal to have him on the Ghana Cedi should be given some consideration by the Central Bank.

“I was just looking at my GH¢200 note, and I was wondering whether Paa Grant’s picture is [on] it. But I am not sure; it is not. One of these days when I meet the Governor of the Bank of Ghana, I will strongly recommend that his picture should be embossed on our currency, which is the symbol and the soul of the nation.”

Paa Grant was the first president of the UGCC formed in August 1947, and is credited to be one of the founding fathers of the country.

“Paa Grant is someone who midwives the United Gold Coast Convention. Today, we cannot talk about our independence struggle without eulogizing one of the chief and main financiers. Where would Kwame Nkrumah be but for the generosity of Paa Grant? He was part of the people who came together to form the Aborigines’ Rights Protection Society, and we have to bow to Paa Grant for joining such a respectable society that championed the rise of Africans,” Atta Akyea eulogized.