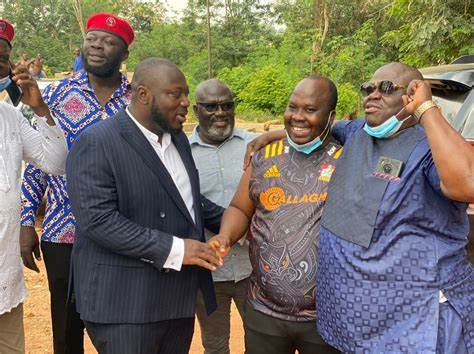 Power FM presenter, Oheneba Boamah Bennie, has been released after serving a two-week jail term in the Nsawam Prison after he was charged with contempt of court.

The presenter, who was initially fined GHC3,000 and subsequently jailed on February 8, 2022, for two weeks, gained his freedom in the early hours of Monday, February 21, 2022.

He was met by some family and friends who walked him off in joy. 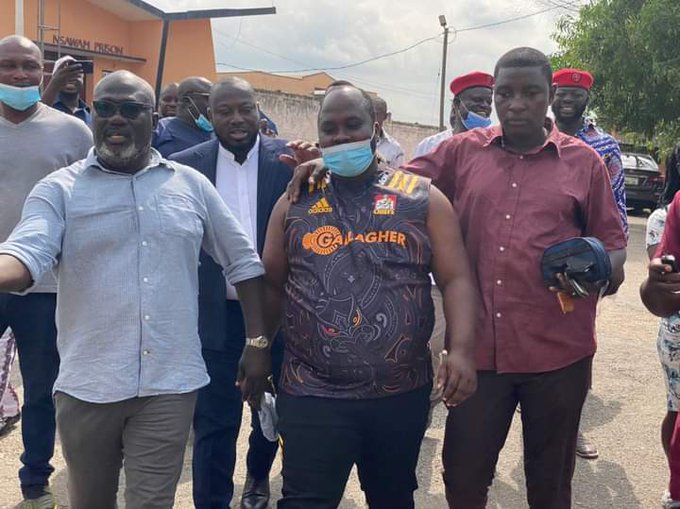 The journalist was on Tuesday, February 8, sentenced to prison by the Accra High Court after the Attorney-General, Godfred Dame, charged him with contempt over his claims against President Akufo-Addo and judges.

Justice Elfreda Dankyi said the 36-year-old was guilty of breaching the peace and publishing false news, contrary to Sections 207 and 208 (1) respectively of the Criminal Offences Act, 1960 (Act 29).

Oheneba Boamah is said to have recorded a live video on his Facebook page in which he was heard insulting and issuing a series of threats to the President.

He claimed that the President after the December 2020 polls, met with some judges including the Chief Justice, Kwasi Anin-Yeboah.

He claimed the meeting was an attempt by the President to influence the judges if the opposition candidate, John Mahama, decided to petition the courts over the election results.

The presenter was arrested after he honoured an invitation by the CID over the issue.

He was cautioned on the offences of offensive conduct conducive to breaches of the peace and publication of false news contrary to sections 207 and 208 (1) respectively of the Criminal Offences Act.

Godfred Yeboah Dame, the Attorney-General, who led the case against the journalist argued that the suspect must be punished to serve as a deterrent to others from making such unproven claims.