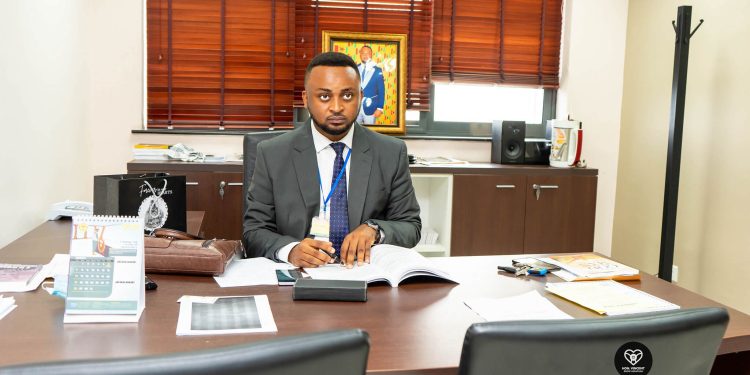 The Member of Parliament for Old Tafo, Vincent Assafuah has refuted assertions by some observers of the political space suggesting that the government is perpetuating a culture of silence in the country.

This comes in the wake of the arrest of some journalists accused of spreading false information about the government.

The latest of it is the arrest of Accra FM’s presenter, Kwabena Bobie Ansah, who has been charged with the publication of false news and offensive conduct.

In a Citi News interview, however, the legislator said journalists are not above the law and will therefore be dealt with if found guilty of slander.

“You and I will agree that the media has had a lot of freedom to operate. So, I do not think that the fact that someone has been arrested and for that matter going through prosecution, means that [we are gagging the media].”

He said this will give the person arrested the opportunity “to tell the court why he said what he said”.

“The fact that there is freedom of speech doesn’t mean that one can say anything and just go scot-free. So I do not have any conviction to believe that because of the arrest of one man among the group of good journalists, it is going to put fear in those journalists to do their work.”

A few days ago, Power FM’s Oheneba Boamah Bennie, was jailed for two weeks and fined GH¢3,000 for contempt of court, in a case in which he made false claims against President Akufo-Addo and the Justices of the Supreme Court in relation to the 2020 election petition.

Before that, Captain Smart of Onua TV was also arrested for some utterances he had made on TV, and he’s currently facing trial for alleged extortion.

Also, the Executive Director of ASEPA, a social group that advocates for good governance, Mensah Thompson, was on Thursday, February 10, 2022, granted bail in the sum of GH¢50,000 after he was arrested and charged for allegedly publishing false news against the President and the Ghana Armed Forces, although he had apologised for the claims.

While some have been worried about the trend, suggesting that the government is silencing the media, others are of the view that these actions are necessary to sanitise the system to promote responsible journalism for the peace and stability of the country.

Former President John Dramani Mahama has condemned what he calls the criminalization of free speech under the governing New Patriotic Party (NPP) led by President Akufo-Addo.

Mr. Mahama said it is worrying that there have been “several disturbing incidents of harassment of journalists” and the closure of some media establishments under President Nana Akufo-Addo’s administration.

Mr. Mahama fears the suppression of dissent under the governing NPP could have negative implications on the country.

“I am appalled at the growing criminalization of speech and journalism in Ghana, under your watch, in this 21st century. Now, in a space of fewer than two weeks, four people have suffered police action, criminalizing their right to free speech.”

“This is a dangerous blueprint you are fashioning for our dear nation, and it must not be encouraged. Your actions as President have totally discredited your self-acquired accolade as a human rights lawyer and activist. Ghana has long emerged from the unfortunate past where journalists were cowed by incarceration and brutalization.”

NPA to go after tanker owners who engage in fuel diversion

NPA to go after tanker owners who engage in fuel diversion