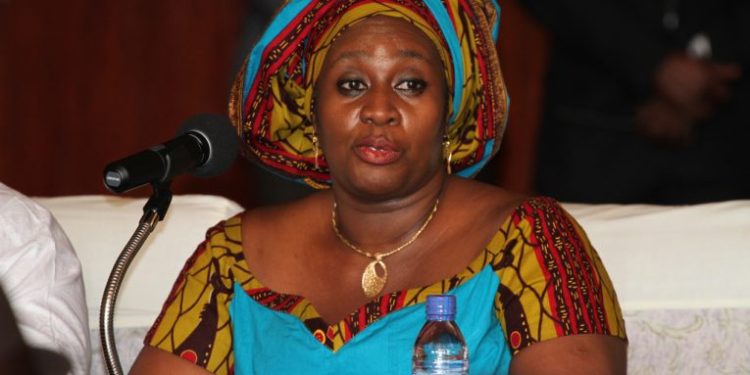 The Economic and Financial Court 2 of the High Court is contemplating hauling sureties for former (MASLOC) Chief Executive, Sedinam Tamakloe Attionu before it over her failure to attend to the Court.

The sureties; a former GNPC Chief Executive, Alex Kofi Mensah Mould, and a former NADMO Boss, Gavivina Tamakloe, would also have to answer to the Court why they should not be charged with the bail sum of GHS 5million.

Madam Tamakloe is being tried together with Daniel Azim, a former Operations Manager of MASLOC for allegedly, willfully causing financial loss to the State.

They are in all facing a total of 78 counts of criminal offences but have pleaded not guilty on all counts.

While Mr. Azim has been appearing in Court, Madam Tamakloe has not appeared in Court since October last year, a situation the Prosecution has described as an attempt to evade justice.

Her lawyer, Kwasi Agbesi Dzakpasu, has however maintained that she is seeking medical attention abroad.

Her Ladyship, Afia Serwaa Asare-Botwe, Presiding, noted in court on Wednesday that two applications are pending on the matter; an application for Forfeiture of Recognizance filed on February 14, 2022, and to be served on the two sureties, as well as an application for Trial in Absentia.

Her Ladyship however noted that though service had been directed, it was still outstanding. Checks with the bailiffs by the Court also confirmed that the processes had not been done.

In view of that, the Court adjourned to March 10, 2022, while the Prosecution takes steps to serve the application for Forfeiture on the Sureties.