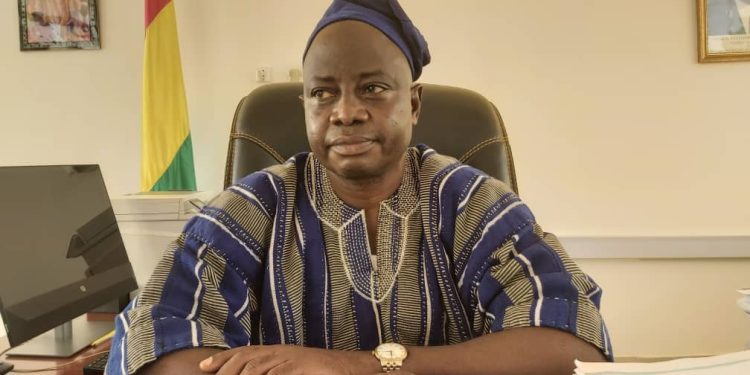 Upper East Regional Minister, Stephen Yakubu, says there are no refugees from neighbouring Burkina-Faso seeking asylum in the region.

There have been reports circulating on social media that Burkina-Faso nationals are seeking asylum in the region following the Coup d’etat in the country.

But speaking to Citi News, Stephen Yakubu said some Ghanaian nationals returned home after a mining company they work for in Burkina-Faso was attacked.

“There is a mining community across the Pusiga border where some of our boys in Pusiga work there with their families. So, the Burkinabes attacked this company and killed about three security personnel.”

“Because of that, the wives and children of our boys who work at the company run back to Ghana. About six wives of these boys and seven children came in and went to their houses and not the case that refugees crossed to Ghana”.

Mr. Yakubu reiterated that, ample security measures been put in place along the borders to safeguard the country against terrorism.

“Ghana is prone to any attack because of the operations of Jihadists within the sub-region. As a region, government has deployed more military personnel and logistics to strengthen the 11th Mechanized Infantry Battalion to police our porous borders against terrorism and also the disturbances in Burkina-Faso”.

Mr. Yakubu also added that, the deployment will also deal with the ethnic disturbances in Bawku.

He also tasked chief executives along the borders to earmark places for influx of refugees for onward report to the UN for necessary action.

Mr. Yakubu further allayed the fears of residents along the borders.

“Our borders are very safe, well coordinated and Ghanians should be assured that they are safe”.

On Sunday, December 30, 2022, one of Burkina-Faso’s biggest mining company, Youga Mines located within the province of Boulgou was attacked by violent extremists.

At least three security personnel were killed while others sustained various degrees of injury.

Ghanaian nationals from Kulungugu, Mognore and Sapeliga in the Pusiga district, Bawku Municipality and Bawku West District fled the area back home to Ghana with their families.

It is believed that some of the Ghanaian nationals came with their friends from Burkina-Faso.

About 15 Burkinabes have been killed by violent extremists in Wariwewu, a province of Burkina-Faso.