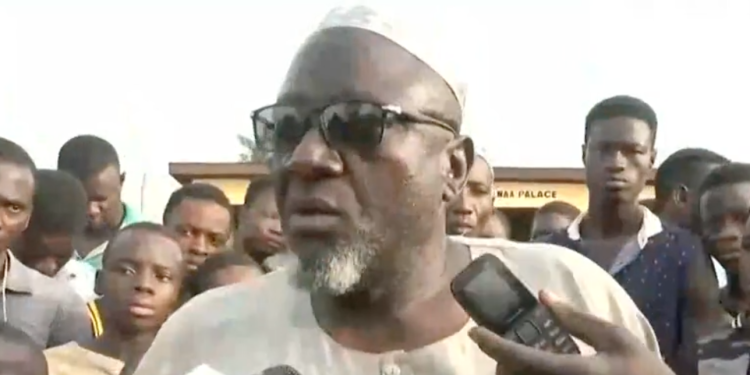 The Northern Regional Minister, Shani Alhassan Shaibu says his outfit will push for the punishment of persons including police officers who played a role in the weekend shooting incident at Lamashegu that resulted in the death of one person and the injury of eight others.

According to him, punishing the culprits will help bring lasting peace and calm to the area.

Speaking on Eyewitness News on Monday, he urged the youth of the area to avoid taking any retaliatory action to maintain the peace of the community.

“Tamale is currently calm, and we are appealing to residents to remain calm and allow the due process to take its course. We shall make sure that the issue is properly investigated and culprits brought to book,” he promised.

Shani Alhassan Shaibu explained that the metropolis is working closely with the chiefs, assembly members and other local authorities to prevent violence.

Police and residents on Sunday afternoon clashed after officers allegedly shot a 24-year-old man for refusing to stop when police ordered him to.

Initial reports indicated that the wounded man was chased to the Lamashegu Chief’s Palace, where he was shot by the officers.

The incident resulted in the burning of car tyres and wood on some major highways in Tamale.

Some agitated residents also hurled stones at the police patrol team that was at the scene to restore calm.

There is currently joint police and military presence in the area to calm tempers and reduce tensions.

The regional minister said the chief has requested that he should be involved in the investigation in order to ensure that it is followed through to the end.

“They want the chief to be part of the investigation to ensure that the investigation is properly done, and the culprits are brought to book. Tomorrow, we will be visiting the injured people to see how we can support them to be treated and discharged from the hospital,” he said.

“The chiefs are participating seriously and supporting us. We are dialoguing seriously to make sure that these things do not reoccur.”

Meanwhile, the Inspector General of Police, Dr. George Dampare has instructed the Northern Regional Police Command to ensure that the medical bills of the inured persons are paid.