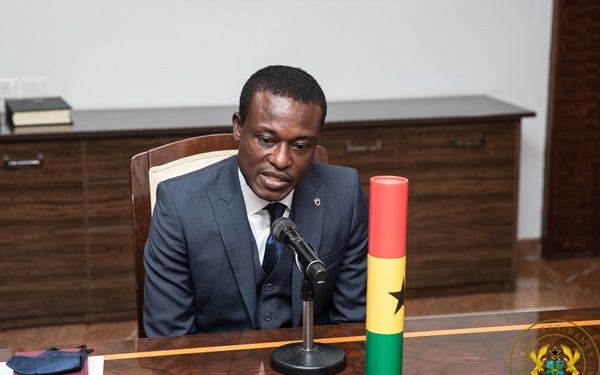 Forty-five (45) cases of suspected corruption and corruption-related offences are currently under investigation, the Office of the Special Prosecutor (OSP) has disclosed.

The Office said it will take further action on three out of the 45 cases in the next few weeks.

“The Office of the Special Prosecutor (OSP) is currently investigating forty-five (45) cases of suspected corruption and corruption-related offences. The OSP will announce, in the next few weeks, its conclusion (s) and further action in the following [three] cases,” a portion of a statement from the OSP said.

The three cases border on alleged evasion of tax on frozen and processed food products by high ranking officials of the Customs Division of the Ghana Revenue Authority and the La Bianca Company, abuse of office by a former Chief Executive of the Public Procurement Authority, and corruption during the nomination of the Chief Executive of the Juaben Municipal Assembly in the Ashanti Region.

There is currently no case commenced by the OSP pending in the courts.

The Special Prosecutor, Kissi Agyebeng, had early on indicated that his office will in due course begin the prosecution of strong cases in the court.

“The OSP has completed a review of all the alleged cases of corruption and corruption-related offences before it… And it will in due course commence the prosecution in the courts of the cases it considers probatively strong.”

He further said the OSP will soon begin carrying out corruption risk assessments on all major government contracts and legislation dating back to 2020.

“[We’ll carry out] an Anti-corruption risk assessment and review from January 2020 of all major public contracts, legislations, and draft legislation. This is intended to avoid toxic deals and the prevalence of judgment debts and arbitration awards,” he noted.