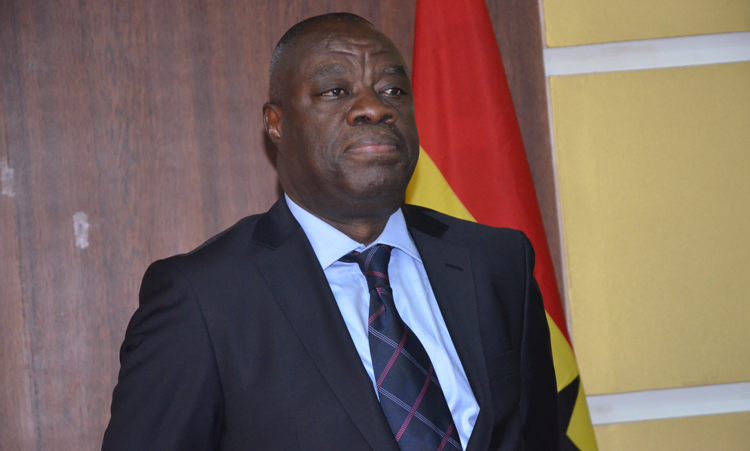 The Federation of Handicraft Producers, Dealers and Exporters (FH-PDE) has debunked media reports that its members have been sacked from the Arts Centre.

According to FH-PDE, its members were still operating and that, it was only the Centre of National Culture (CNC) that had been asked by the Ministry of Tourism, Arts and Culture to relocate to the Ghana House to pave way for work to begin on the Marine Drive Investment Project (MDIP).

“Our attention has been drawn to conflicting information and reportage on the Marine Drive Investment Project, Arts Centre demolishing and relocation to Kawukudi and Dodowa on traditional and social media. These reportage and information that are not verified only help to fuel anger, panic and cause mistrust among players in the industry”.

Addressing a news conference in Accra, the Coordinator of the FHP-DE, Mr Bright Antwi, explained that the Ministry of Tourism on September 20, 2017, had a meeting with the leadership of the handicraft practitioners, and that the Arts Centre would be maintained and the handicraft producers would be relocated to Kawukudi on a temporary basis at no cost to them.

Also, he said it was agreed that once the MDIP was completed, they would revert to the Arts Centre, but on condition that they would be able to pay for the shops.

“Unfortunately, recent event seems to give the false impression that the Arts Centre market, including the building housing the administration, will be demolished and relocated to Ghana House and Kawukudi respectively. However, this is not the case as it is only the administration of the CNC that is relocating to the Ghana House prior to the demolishing of their structure after January 30, 2022”, he added.

Mr Antwi asserted that the handicraft producers and dealers would be moved later only after the new site had been completed at Kawukudi and Dodowa.

According to Mr Antwi, the first phase of Kawukudi is near completion after which the second phase will follow then, the handicraft producers and dealers will move.

He said the false publication about the relocation of the Arts Centre has affected the business of handicraft producers and called on the general public to disregard the information as the centre was opened for business.

The handicraft practitioners are self-employed businessmen and women who are distinct from the Centre of National Culture Accra, who are civil servants.

All set for Diana Hamilton's 'Awake Experience' 2022 on Sunday