What Ghana can do to combat corruption: educate, prevent, enforce 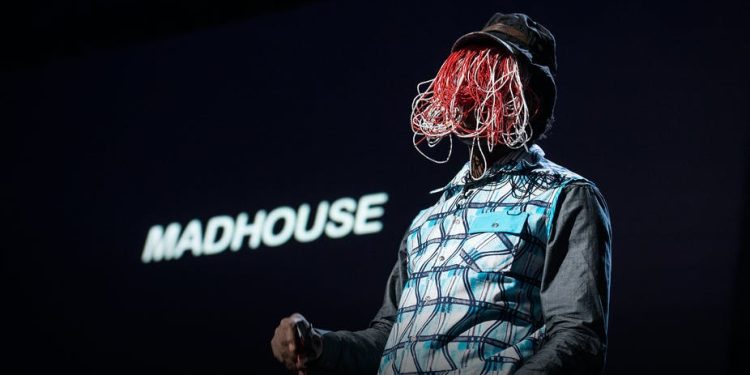 Ghana’s finance minister, Ken Ofori-Atta, estimates that the country loses over US$4 billion annually to corruption: abuse of entrusted power for advancing private interests. The loss is about 20% of Ghana’s budget, reckons Richard Quason, deputy commissioner of Ghana’s Commission for Human Rights and Administrative Justice. This money could instead help improve the country’s education, healthcare, water, housing, electricity, and communication and transport network infrastructure.

Corruption can also undermine democratic stability and social justice. It is one reason given for the recent military overthrow of the government in Guinea, for example. And in Ghana, corruption was one of the main reasons for coups d’état that disrupted democratic governance in the past.

Corruption occurs in both private and public sectors in Ghana, including public procurement, the judiciary, police, public services, and land, tax and customs administration.

I was interested in finding out what Ghanaians think should be done to combat corruption in their country. My study of this drew on in-depth interviews with 25 politicians, media personnel, academics and anti-corruption activists. I asked them: Is Ghana doing well in addressing corruption? If not, what should be done to combat corruption in the country, and why? Their responses yielded three themes: anti-corruption education, prevention, and law enforcement. All these need to be strengthened in Ghana, according to the respondents.

Corruption is inherent in our society, and so we need to educate the public on the adverse impact of corruption on the country to ensure an attitudinal change.

The interviewees stressed that anti-corruption education must start at home. They urged parents and guardians to reject corruption and educate their children to do the same.

In my study, participants demanded constitutional and institutional reforms to actively prevent Ghana’s corruption. For example, one participant explained that the president’s appointment and dismissal powers must be reduced:

The constitution has given the executive president every power to do whatever he/she wants, and I believe that it is a bigger problem … Because, for instance, when a political party comes into power, almost everybody who heads public institution is sacked and they are replaced with party people, compromising checks and balances. So, our laws must be amended.

About 90% of the interviewees also stressed that the Attorney-General’s Department should be separated from the Ministry of Justice and made independent of the executive influence.

If the Ministry of Justice were independent, it could catalyse the prosecution and punishment of corrupt government members and their allies.

About 85% of interviewees urged the government to resource state anti-corruption bodies and allow them to function independently. Otherwise the Office of the Special Prosecutor is also likely to fail in the fight against corruption.

If law enforcement is weak, the fight against corruption will fail. Hence, United Nations and African Union conventions emphasise that laws must be enforced to sanction corruption offences and retrieve stolen resources.

For example, Article 30 of the UN Convention against Corruption emphasises prosecution, adjudication and sanctions.

Interviewees in my study argued that Ghana’s main problem has to do with enforcing laws:

There are laws, and they have to be enforced. The problem is enforcing the law by prosecuting people for wrongdoing, regardless of their money or power.

They said Ghana’s apparent failure to enforce laws made corruption a low-risk offence.

When corrupt people exposed are prosecuted, when the prosecution runs from start to finish and when recommendations are followed through, corruption can be reduced.

As an anti-corruption activist said:

The laws must be applied fairly and equally. People, whether they are at the top or bottom, should know that they are not above the law.

Interviewees added that it was not enough for offenders simply to pay back the money. They must be prosecuted too.

The study participants said successive Ghanaian governments’ anti-corruption plans had included public education, prevention, and enforcement. But implementing these strategies, especially law enforcement, had been disappointing due to limited political commitment. A strong government’s commitment to law enforcement, prevention, and public education has been shown to control corruption, as in Hong Kong and Singapore.

To help build broad-based, nonpartisan support for the fight against corruption, anti-corruption education must be intensified and focused on what it means when public resources are stolen. According to research participants, the government, the media, schools, religious bodies, parents and guardians, and anti-corruption NGOs must be involved. As shown in Hong Kong and Singapore, such public education is important.

Ghana must embark on constitutional and institutional reforms to create robust checks and balances. These reforms must include curtailing the president’s appointment and dismissal mandates, separating the state Attorney-General’s Department from the Ministry of Justice, and insulating anti-corruption bodies from executive control.

Corruption must be made a high-risk enterprise so that when offenders are caught, the laws will be enforced. Retrieving stolen public resources must go with custodial sentences to help deter potential offenders.

Finally, to improve the justice system in Ghana, there must be monitoring mechanisms to detect and address law enforcement corruption. For example, there can be undercover investigations to arrest and prosecute state attorneys, judges, and police officers who take money and pervert the course of justice.