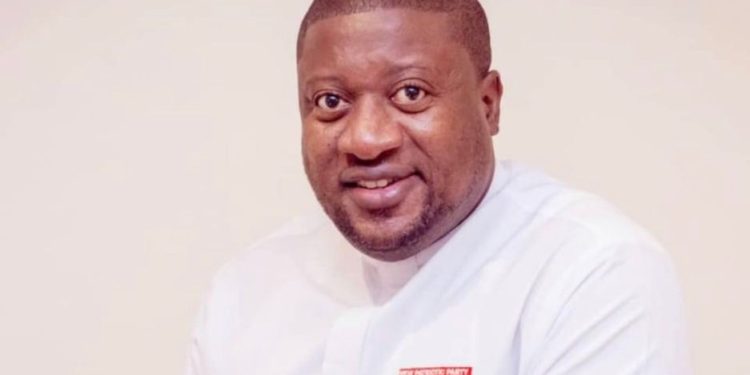 Deputy Majority Leader in Parliament, Alexander Afenyo-Markin has made the strongest case yet that Henry Nana Boakye, popularly known as Nana B, should be the next National Organizer of the New Patriotic Party (NPP).

The Effutu MP believes Nana B has distinguished himself well as Youth Organizer and deserves to be the next National Organizer to replace Sammi Awuku.

In a Facebook post, the Deputy Majority Leader said: “Nana B has done so well for the party. He has sacrificed his all for the party. His hard work is obvious for all to see. I have no doubt in my mind that he will serve well when he becomes the National Organizer of the party. God bless you, Nana B for your sacrifice”.

The NPP will in July 2022 elect new National Officers who will run the affairs of the party for the next four years.

The party has already begun the process of electing Polling Station Executives, which has been fraught with chaos and confusion.

Though the party says measures have been put in place to address such issues, pockets of violence have been recorded in many parts of the country.

Nana B who wants to become the next National Organizer of the party had told Citi News he is coming to improve on what Sammi Awuku had done.

“Sammi Awuku has done a fantastic job as National Organizer. He regained power for the NPP in the 2020 elections. What I am coming to do is to build on what he has done and help the party break the 8 in 2024”.

Nana B will be up against Eric Amoako Twum, Titus Glover, among others.