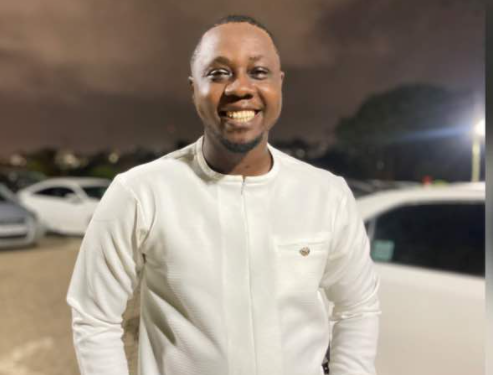 Michael Jackson’s Earth song said it best. The track saw Michael sending a wakeup-call of sorts about the terrible conditions that mankind has caused to the world, from war to the killing of animals and of the earth itself.

What have we done to the world?
Look what we’ve done
What about all the peace
That you pledge your only son?

After the second world war, the United Nations was primarily established to save and sustain the succeeding generation from the rage of war.  Talk of the efforts of the European Union that grew from a trade treaty to an entire organization which played a transformational role in rebuilding and retooling of Europe from a continent known for war to a continent of peace.

Russia’s invasion of Ukraine seems to be what many people around the world are calling a World War 3 but certainly, we hope it will not climax to that extent. Many decades after the second world war this invasion may not necessarily be characterized as a world war but gradually both countries are investing money and human resource in battling it out for supremacy whilst the European Union and other Blocs reign sanctions on Vladimir Putin and his Russian Government.

The Global Supply Chain since the start of the Pandemic in 2020 has been drastically hit, exposing its fragile state. This article will mainly focus on the negative consequence of this conflict or political tension as it may be affecting   Ghana’s Global Supply Chain.

Due to the interconnectedness of the world for market purposes, supply chains that do not deal directly with these two countries or the region will feel an impact both direct and indirect

The invasion of Ukraine by the Russians which turns out to be against human rights and international laws will bring new challenges, regulations, and rerouting of logistics and transport operations of businesses that heavily rely on energy resources and those which operate along the black sea basin. According to Moody’s Analytics, the weight of the economic impact the Russia-Ukraine conflict will have on a global supply chain will hinge on how long the conflict lasts.

The transportation industry will be most affected as its reliance on energy is the highest among all the major industries. During the pandemic, we saw shipping costs shore up as a result of most land borders and some ports being closed around Europe and Asia, some Africans weren’t excluded from this harsh condition. Even though we were struggling with growth rate in terms of GDP, it was necessary to do so in order to prevent the importation of the COVID-19 Virus into our continent. The scarcity of new shipping containers was also another contributing factor to the price hike.

Logistics and transportation play a major role in areas of processed foods and the advanced manufacturing industries who heavily rely on varying inputs from different parts of the world. Also in the situation where we site the energy extractive industry in the upstream with logistics and transport at the midstream, then definitely the downstream players who rely on petrochemicals derived from oil and natural gas used for making cosmetics, textiles, plastics and other products will also be affected in this situation where the endgame is not quite clear.

The faith of international businesses and factories that are situated within the regions of these two conflicting countries will also tendto struggle if the invasion is prolonged and the sanctions against Russia further increase. It is also rumored that Russia may further face a full embargo which will block their access to international waterways.

The saying “do not put all your eggs in one basket” is one that should be resounding in the minds of all supply chain managers in times like this when managing risk although single-sourcing comes with its own benefits such as saving costs when buying in large volumes or quantities, economies of scale and also helps in streamlining logistics activities.

Diversification of supply chains can help managers reduce the impact of such risks to the barest minimum should in case they occur. It is also important to assess your sourcing arrangement with suppliers and also take into consideration the specific location of your suppliers, there will be a threat to continuous production if your suppliers are in the same geographic location in the instance of Ukraine and Russia.

Considering the unpredictable fluctuations in oil pricing which has impacted on costs of transportation, it will be a win for firms to lock in transportation and shipping rates as soon as possible by partnering with some third-party logistics companies to defray some costs associated with labor, warehousing, and transportation.

It is important for manufacturers to consider holding safety stocks where applicable to prevent breaks in production as a result of a distorts in the supply chain in times like this.

For customer and supplier relationship building, firms can conduct an assessment and get to understand the highest human rights risks in their supply chains. This will include assessing the risk factors in terms of this military invasion in the sub-region and developing a business continuity plan with your affected suppliers and extent both financial and social support when needed.

There is a possibility of cyber warfare that can be used against multinational companies as retaliation against sanctions imposed on Russia. Logistics, Supply Chain, and Procurement teams should be on the lookout for computer viruses that would shut down a company’s computer systems, as there would be an increase in phishing attempts.

In relation to customer and supplier relationships that may be affected as a result of the invasion. It is important to consider if the contracts contain a force majeure provision; whether such provisions cover events such as wars, embargoes, etc; and assess whether the clauses make provisions for termination of contracts in situations as to force majeure if so, both parties have rights to suspend performance under the doctrine of commercial impracticability depending on the circumstance.