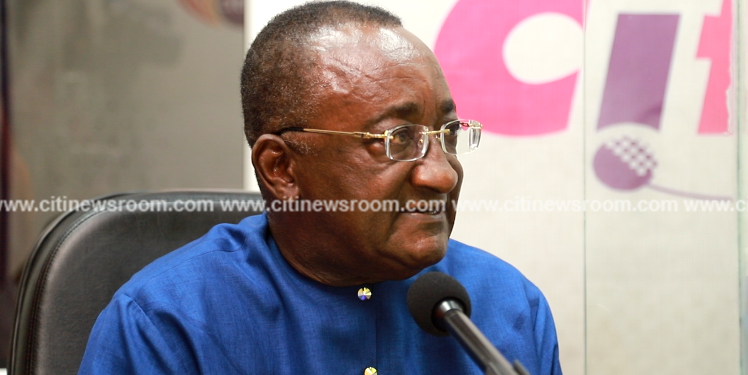 The Minister for Food and Agriculture, Dr. Owusu Afriyie Akoto, is confident about the passage of the controversial Electronic Transfer Levy (E-Levy).

In an interview on the Citi Breakfast Show with Bernard Avle on Wednesday, March 16, 2022, Dr. Afriyie Akoto said “the E-Levy will be passed. I am absolutely confident about that. It will be passed and will do Ghanaians well. It will bring a lot of people outside the tax net into it, which is what any modern state should do.”

He said the only way government can address the insatiable needs of Ghanaians is to generate more revenue by way of widening the tax net.

“That only between 12% to 13% of Ghanaians pay taxes is totally untenable, especially by West African standards, where the average is 24%.”

“We need to rope in the people outside the tax net. It is unfair that the majority of Ghanaians evade taxes. Meanwhile, our expectation of government services keeps skyrocketing. Where is the money going to come from? It should come from ourselves.”

He also posited that the E-levy is a very ‘noble’ initiative.

“It should be praised rather than condemned,” he added.

The E-levy is a new tax measure announced by the government in the 2022 Budget on basic transactions related to digital payments and electronic platform transactions.

A charge of 1.75% will apply to electronic transactions that are more than GH¢100 on a daily basis if the bill is approved by Parliament.

The opposition in Parliament has sternly stated its stance against the passage of the E-Levy bill since its inception on November 17, 2021, and has got the support of many Ghanaians.

The Bill is yet to be debated in Parliament, after voting on whether to consider it under a certificate of urgency degenerated into fisticuffs in the house.