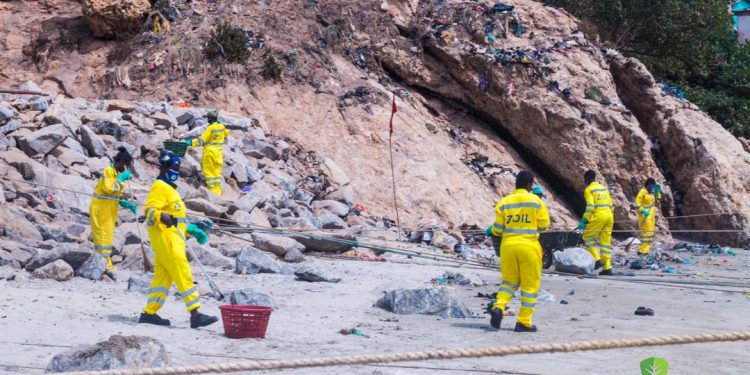 As part of an initiative to give back to the community, EcoZoil Services (formerly Zoil Eco Brigade), a subsidiary of the Jospong Group of Companies (JGC), has taken its coastal clean-up exercise to the Central Region.

The Central Region exercise came off on Tuesday, March 29, 2022, at the Elmina and Moree beaches. 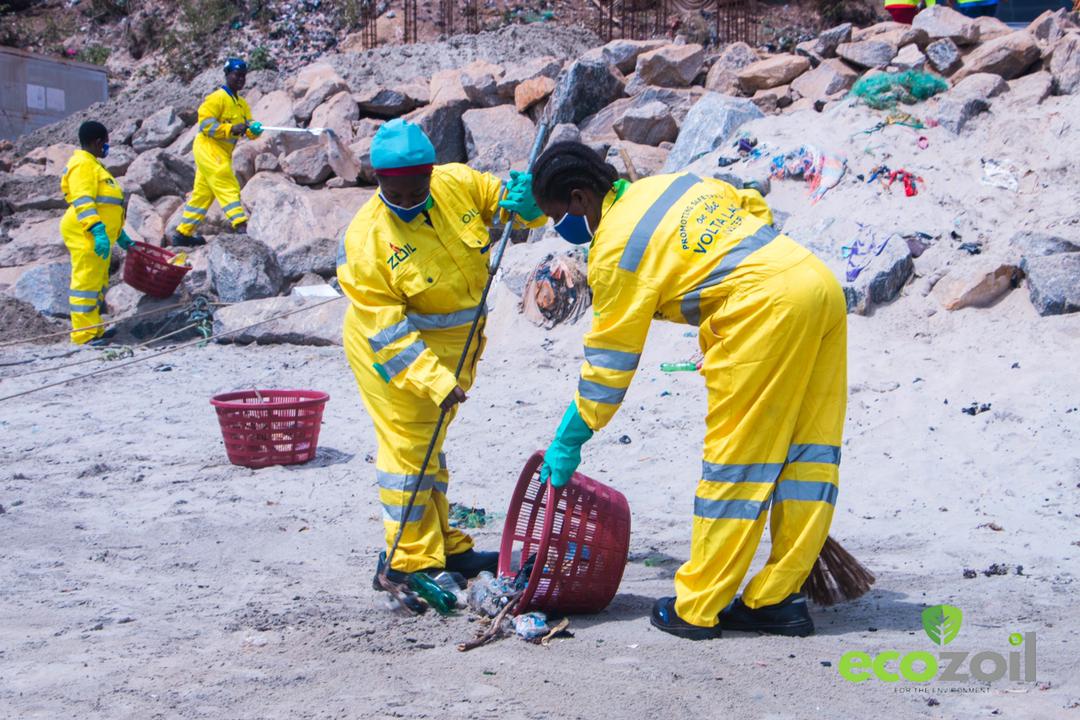 At both Elmina and Moree beaches, workers of EcoZoil cleaned landing sites and beaches.

The workers also picked plastics littered at the beaches and landing beaches into trash bins. 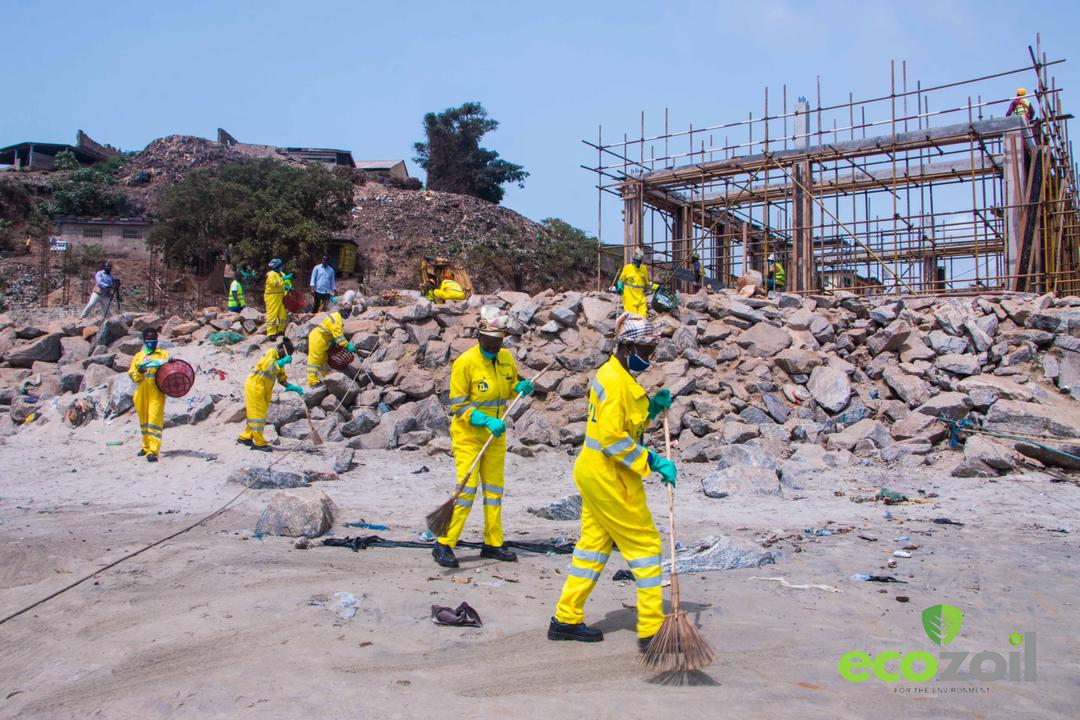 Among the sanitation equipment used during the operation were wheelbarrows, rakes, shovels, broomsticks, compactors and trash bins.

And it is to support communities along the coastal stretch of the country to have clean beaches and landing sites. 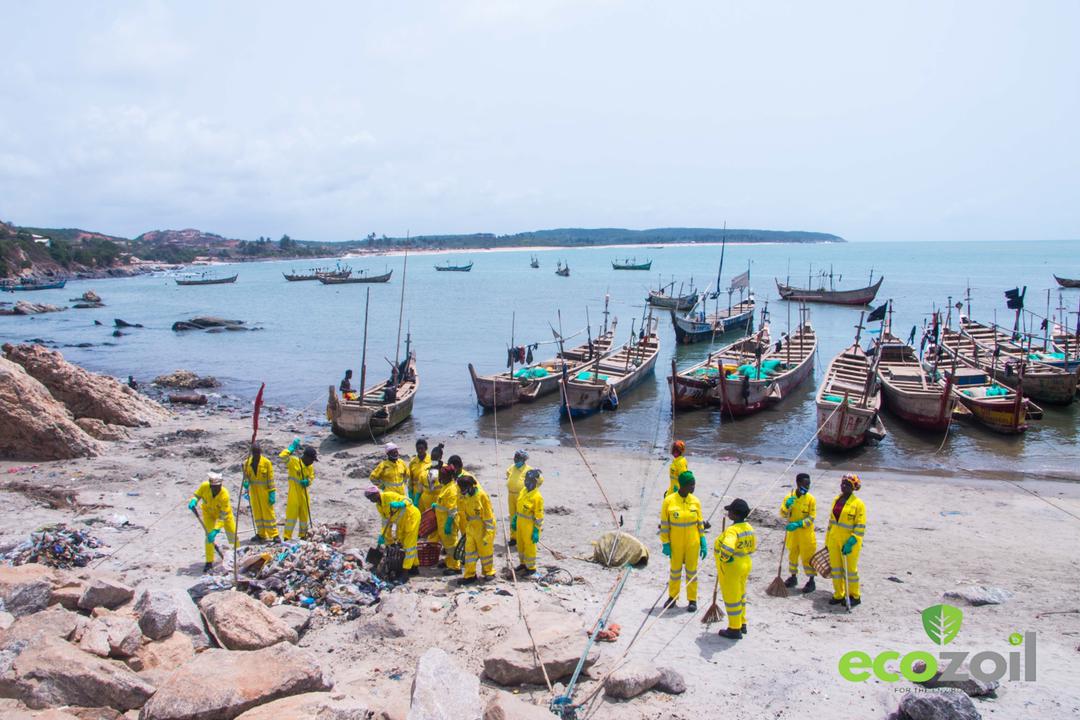 Speaking to the media, the Business Development Manager of EcoZoil, Mr. Daniel Lamptey, said the nationwide clean-up exercise was being organised along the coastal stretch of the country, adding that Western Region is next after Central.

He bemoaned the deplorable state of coastal communities across the country, and thus encouraged residents in these areas to be actively involved in the exercise. 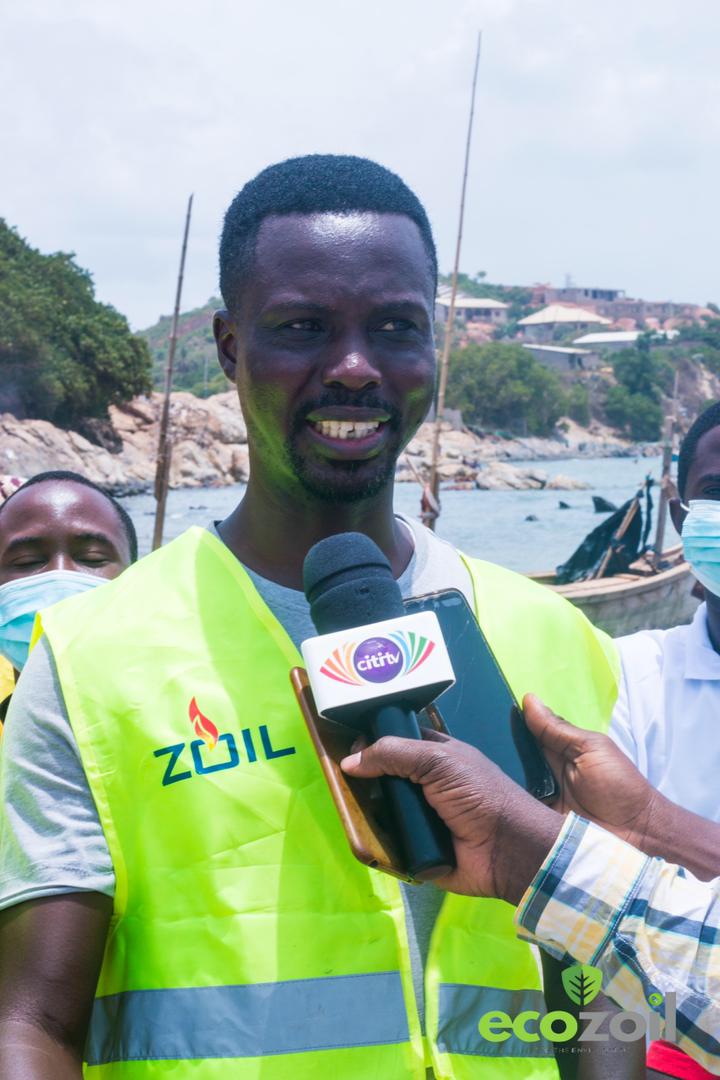 “We are calling on Ghanaians to be involved in the cleaning of our beaches and landing sites,” he appealed.

However, Mr. Lamptey expressed disappointment about the desecrated state of the Moree beach, which was littered with so much filth. 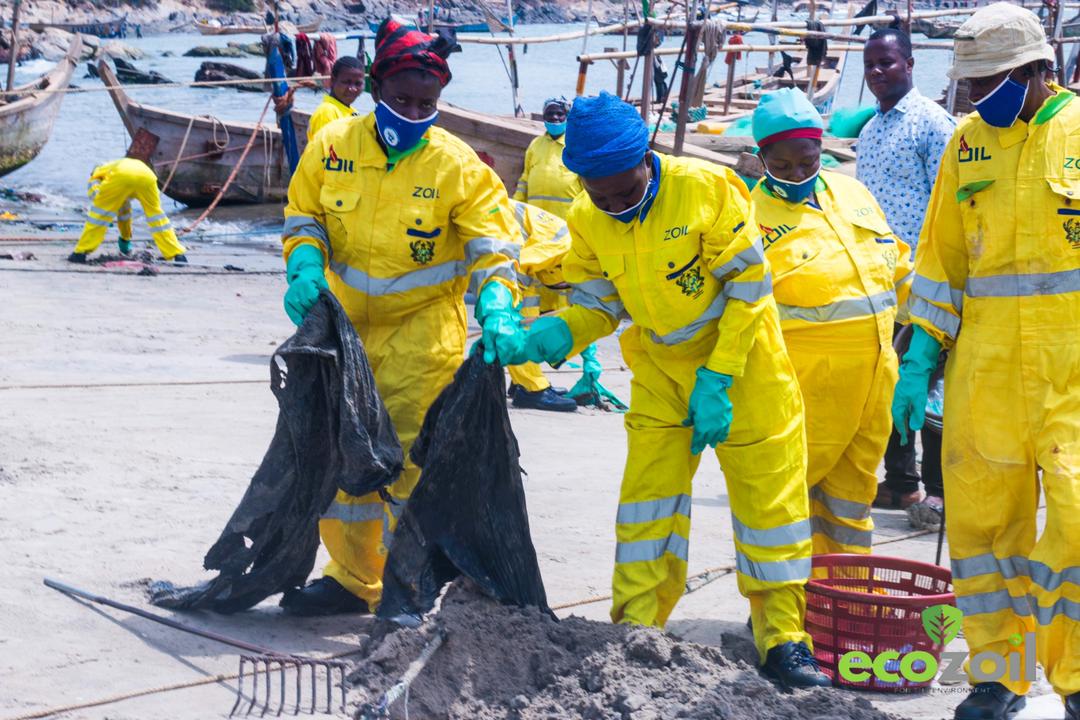 “Join us as we strive to keep our beaches and surroundings clean,” he charged.

He, therefore, called on state agencies and owners of private beaches to come on board to ensure that “our beaches and coastal communities are rid of filth.” 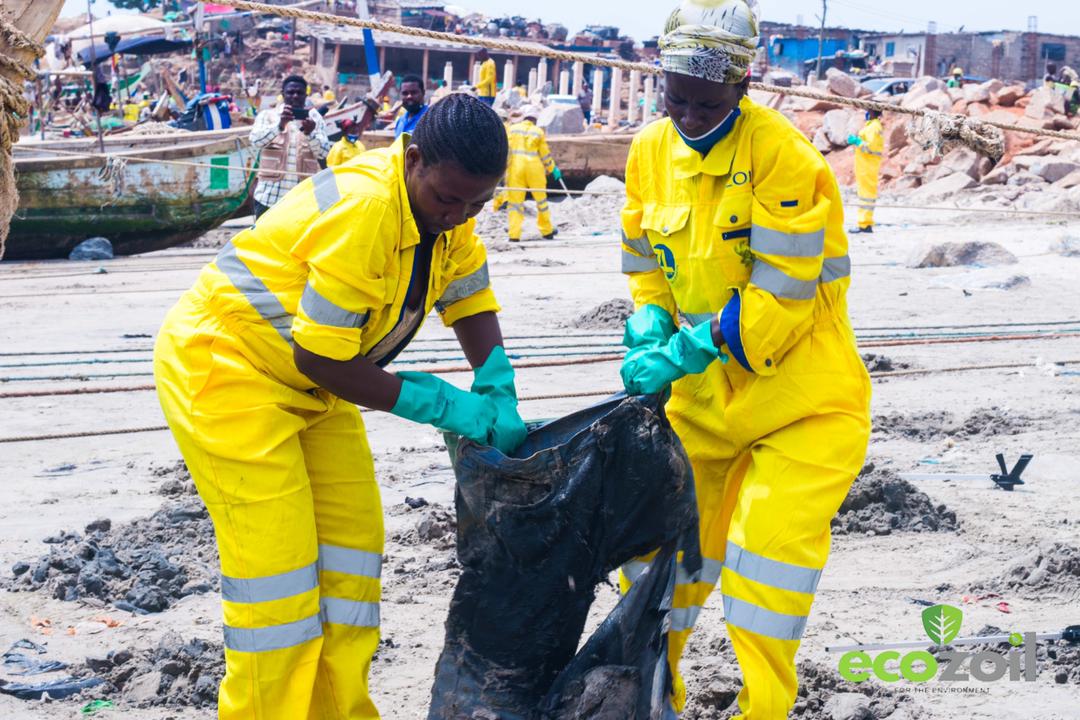 He also indicated that his outfit would do more sensitization programmes on the need to always ensure that the beaches and landing sites were healthy.

For her part, the National Coordinator for Coastal Sanitation Programme EcoZoil, Mrs. Dianah Ackwonu-Mensah, said it was sad that “our beaches are in a state of a mess.” 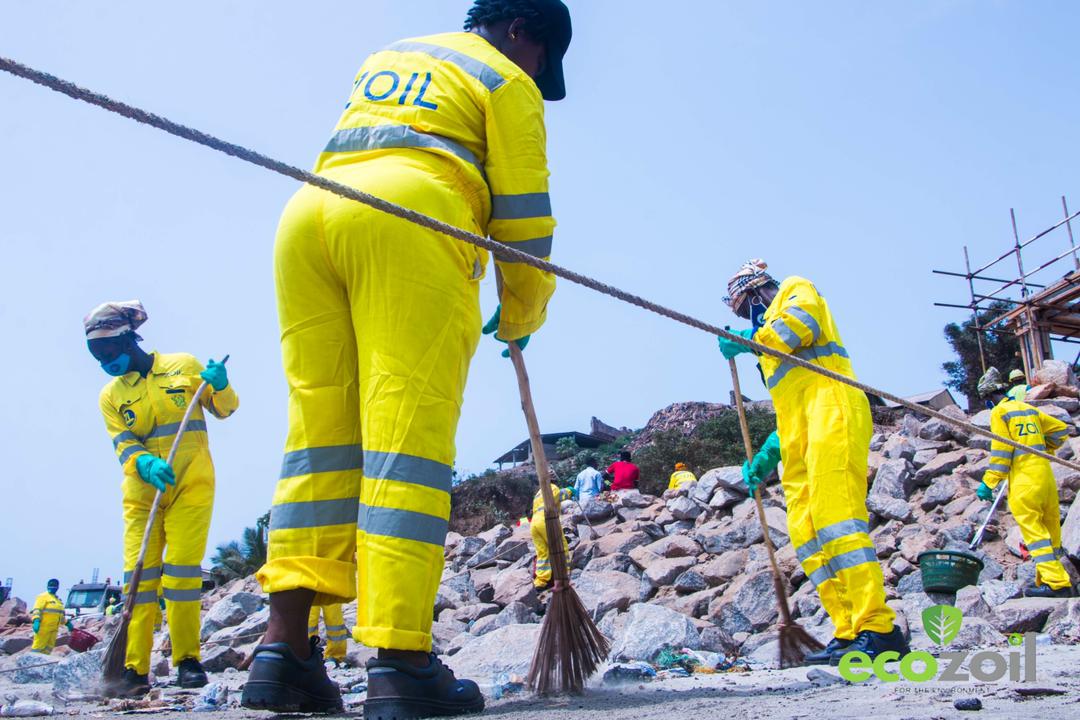 “This explains the reason why we are partnering with community members who are ready to collaborate to make our beaches clean and healthy,” she noted.

EcoZoil, she contended, is here to stay and also help keep “our environment clean.”

To this end, she appealed to the government to give them the mandate to work effectively to improve sanitation in coastal areas.

“We just hope and hope again that we will be given the mandate to work effectively so that we can really keep these beaches clean. Sometime ago we were doing it and we did it and everybody at the beach could really attest to it that when we left a lot of things have been happening at our beaches. And all our beaches are really in a state of a mess,” she bemoaned. 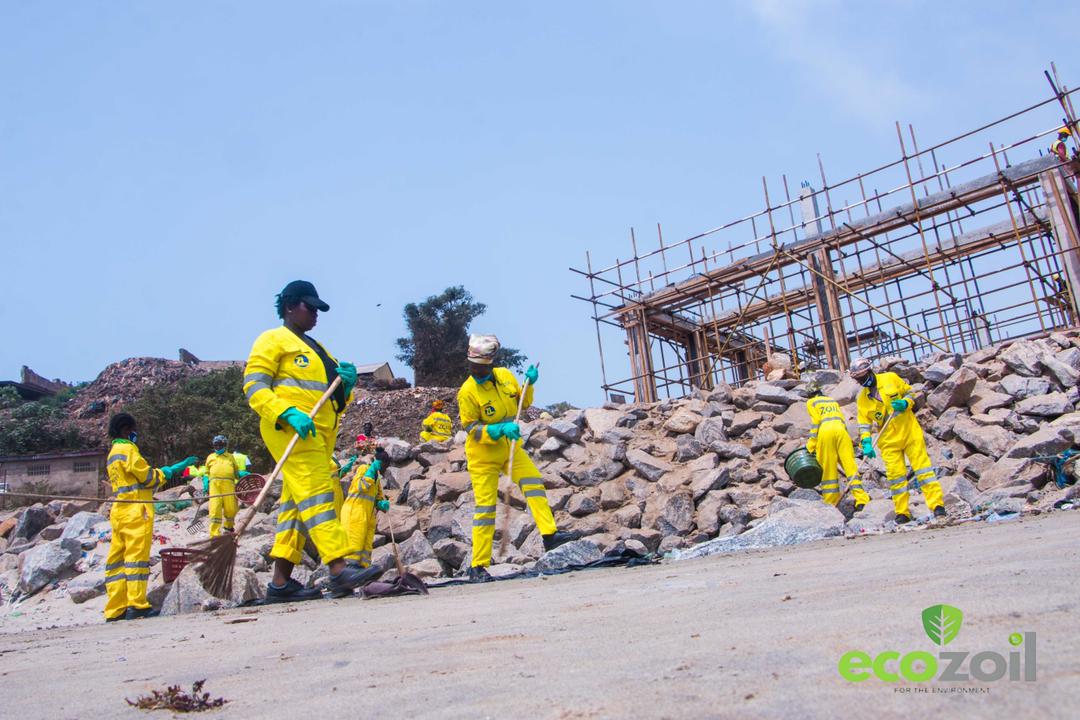 She indicated that EcoZoil was undertaking this exercise to help restore sanity at the country’s beaches, adding that they were ready to work with everyone including chiefs, fisher-folks, assembly members, mothers to enable them achieve their target.

Our initial schedule for Agenda 111 was overly ambitious - Akufo-Addo