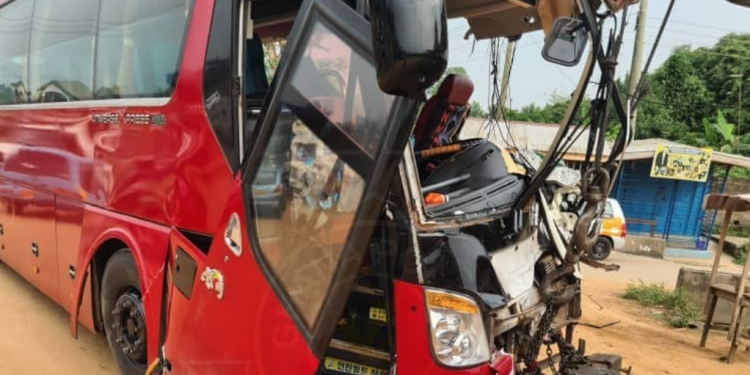 Nine people have been confirmed dead after a Hyundai universe commercial bus with registration number AK 324-22 with passengers on board from Sunyani to Accra crashed head-on with an articulated truck parked off the road at Asuboi a section of the road on the Accra-Kumasi highway.

According to police, on the spot investigations conducted at the accident scene indicated that, the driver of the Hyundai bus who was allegedly sleeping while driving failed to observe traffic and in the process crashed into the forty footer container which fell partially onto the road.

“On reaching a section of the road at Asuboi on the Accra -Kumasi dual carriage road, investigations indicate that the driver failed to observe traffic ahead whilst allegedly sleeping.”

“In the process, he crashed into a forty footer container loaded with wood which fell partially on the road as a result of a previous accident,” DSP Ebenezer Tetteh explained. 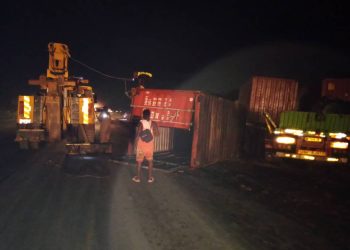 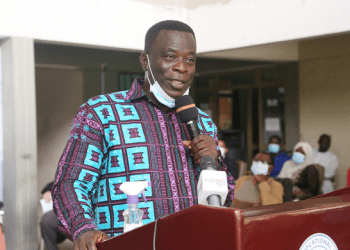