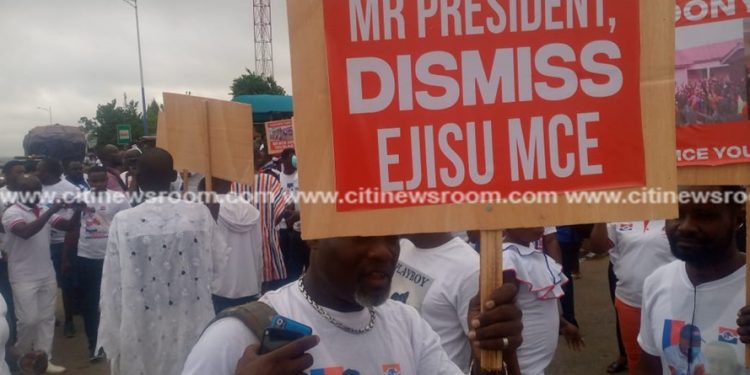 Some members of the governing New Patriotic Party (NPP) in the Ejisu Constituency of the Ashanti Region are demanding the removal of the Municipal Chief Executive of Ejisu, Samuel Oduro Frimpong.

This is over comments the MCE is reported to have made about the just ended polling station elections in the constituency.

The MCE is said to have claimed that there was no due process in the polls. 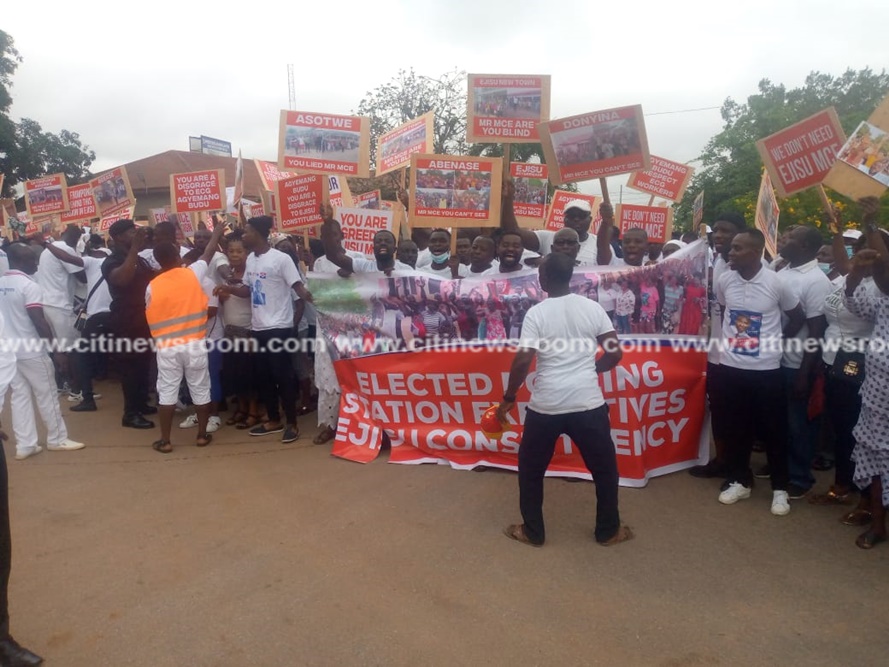 The aggrieved members earlier today, Wednesday, March 16, 2022, marched through the streets to demand a retraction and an apology from the MCE accusing him of causing disaffection in the party.

A member of the elected polling station executives in Ejisu, Kwabena Boateng, insists the elections were free and fair.

“On what basis is he seeking to impugn irregularities to an election that we conducted and say that the election is not an election properly so called. Even more serious is the fact that, as an MCE if you sit down and something is not going on well in the constituency, you have authority in the party, so why sit on a public platform and spew whatever you want to spew.” 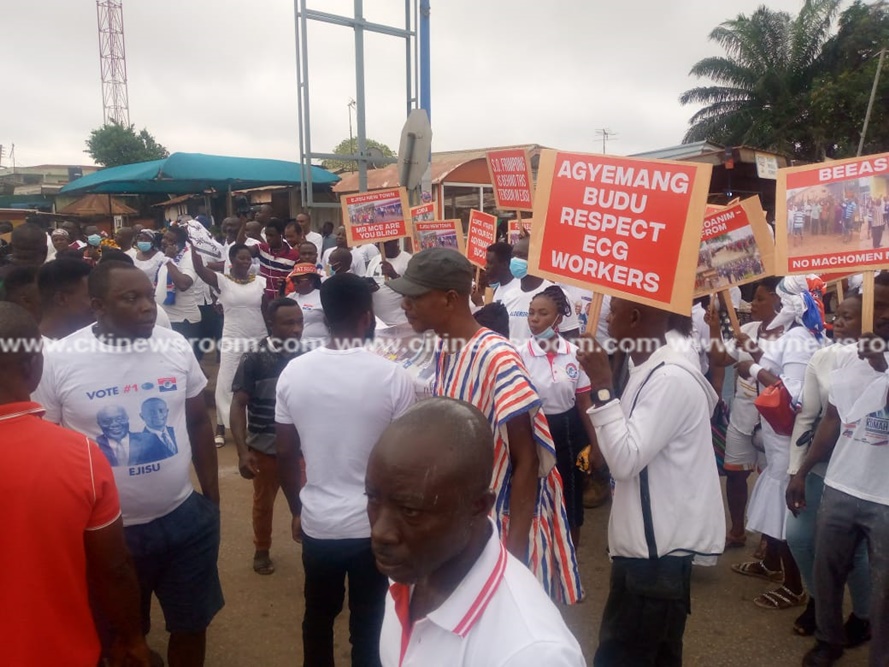 The MCE however denied the allegations when Citi News contacted him.

He said he commented on the election during a radio interview based on a petition some aggrieved members of the party had served his office regarding the elections.