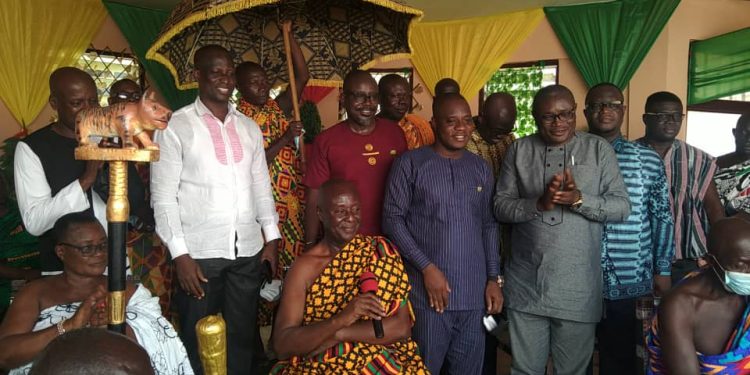 The Ghana Tourism Authority, GTA, with the support of the Kwahu Traditional Council and a local organizing committee consisting of the Kwahu West, East, and South Municipal Assemblies, has launched the 2022 edition of the annual Kwahu Easter and Paragliding Festival.

The short traditional ceremony which took place at the palace of Kwahumanhene, Dasebere Akuamoah Boateng at Abene, is focused on improving domestic tourism to boost the local economy. 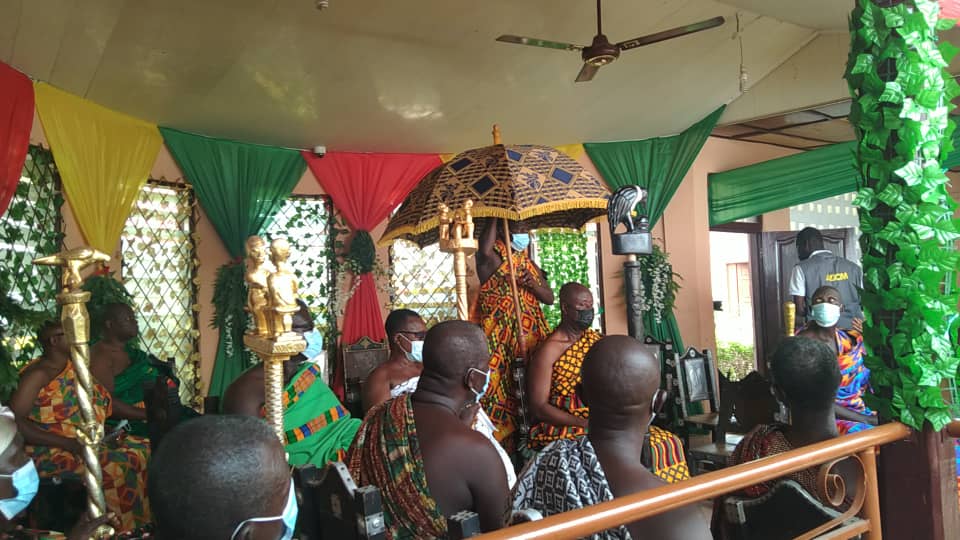 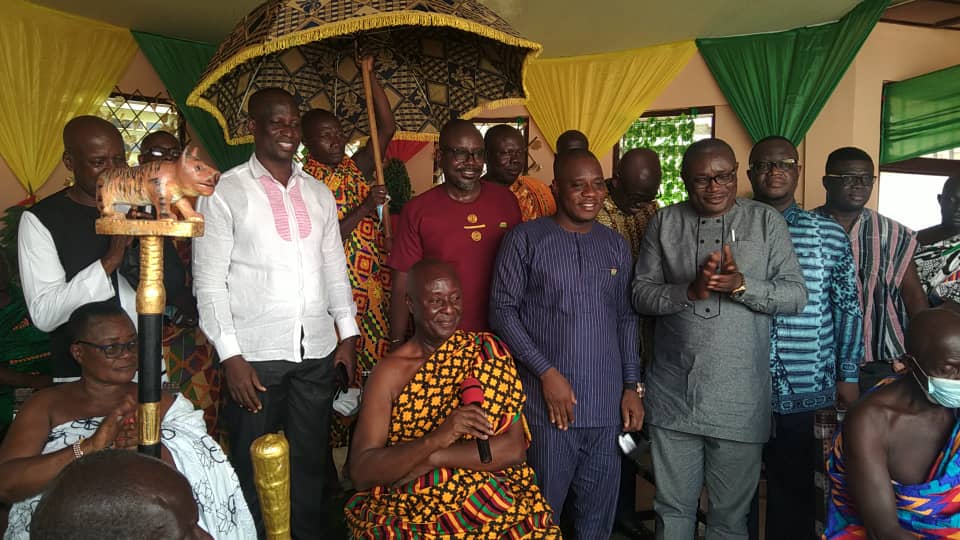 About three million people are expected to visit and take part in this year’s event which will take off from the 15th of April.

Addressing the gathering, the Chief Executive Officer of the Ghana Tourism Authority, Akwasi Agyemang, who expressed satisfaction with the work done by the local organizing committee, said the local economy will receive a massive boost with the return of the festival which had not taken place for two years due to the COVID-19 pandemic. 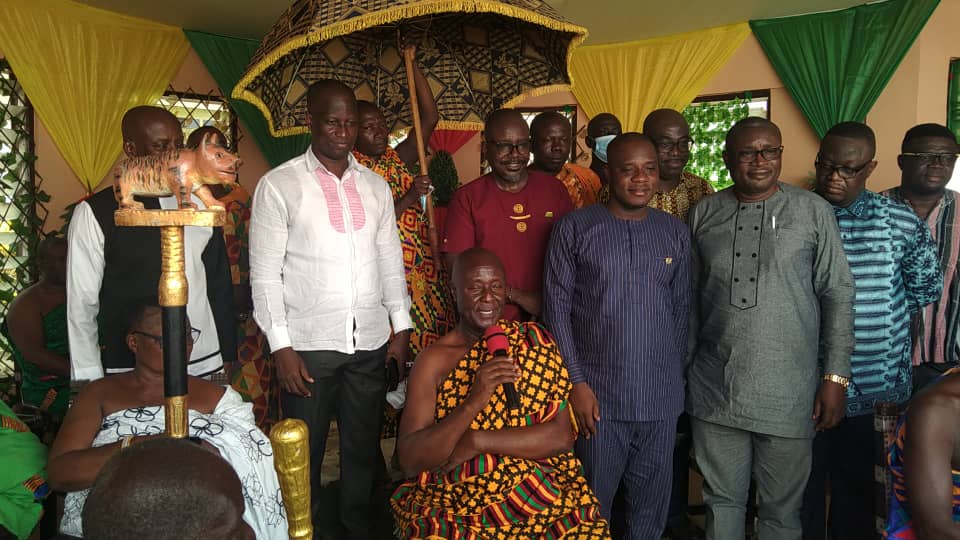 “In terms of accommodation facilities, a lot of hotels get revenue during the Easter festivities, they also employ more hands during this time, and it also creates jobs in the process. The transport business also has its share as car rental services, taxi drivers, airlines all benefit from flying tourists in and out. Research conducted two years ago on the celebration made us aware that a number of people who came into the country specifically came because of the paragliding so that also contributes to the transport sector as Bolt, Uber and other ride-hailing operators also get more clients and customers”. 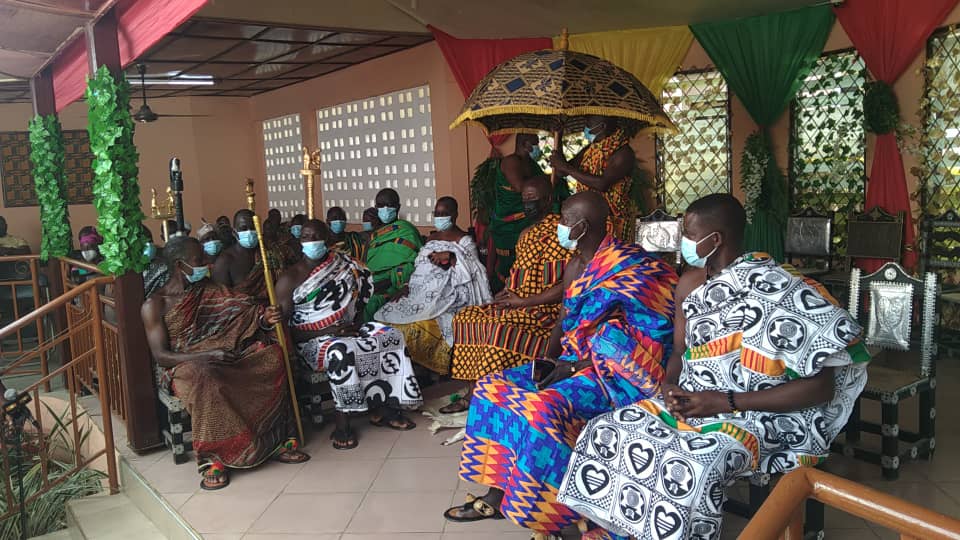 “Farmers are not left out because the food people come to consume are cultivated by these farmers, the hotels will purchase a lot of farm produce from our farmers, our brewery companies also benefit a lot from the sale of alcoholic beverages as people buy a lot during the festive season. Again, tourist sites in the Kwahu enclave also get their fair share. Since we began the paragliding some years ago, there has been a lot of infrastructural development at Odweanoma, and we are of the firm belief that by the end of this year the paragliding activity will be an all-weekend activity that people can move to come and enjoy every weekend because the local pilot who was trained is there.”

The Kwahu West Municipal Chief Executive, Yaw Owusu Addo, who is also a member of this year’s local organizing committee spearheading the Kwahu Easter and Paragliding Festival is calling for the commercialization of Kwahu Easter.

According to Mr. Owusu Addo, the week-long celebration should not only be merry-making but an avenue to improve and boost the economy.

The Kwahu Easter Celebration is at a level where it needs to be monetized. At first it was all about merrymaking, eating, dancing, drinking, but this time it should be about making money, so I plead with Nananom [Traditional leaders] to help us commercialize the celebration. I have been part of the committee spearheading this year’s event, but because we are working with limited time there is not much to be done in that regard but going forward we can do more.”

“My brother mentioned a number of tourist sites here in Kwahu which have not been developed to the satisfaction of tourists. Easter alone should not attract tourists to Kwahu, we need to build art villages across Kwahu where sculptures can be moulded, drums and other artifacts to attract people who can move from their towns to visit Kwahu to watch how these things are done and by so doing they will end up buying one or two. The government is constructing a number of good roads which will ease the movement of people to tourist sites very soon, so there is the need for us to take advantage of this and build art centers to attract tourists”.