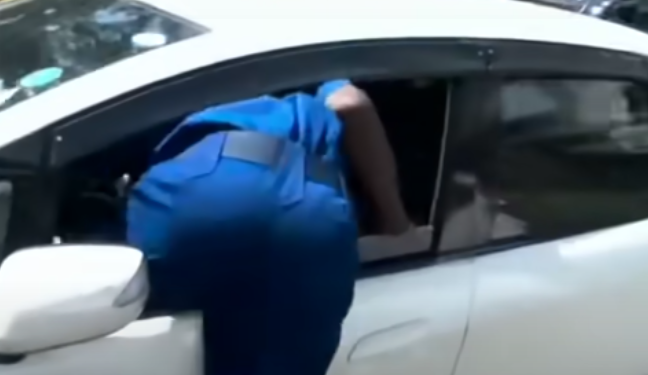 The incident, which has been shared widely on social media, was captured by a local TV crew in Nairobi’s central business district.

The clip shows the policeman in uniform forcefully entering the vehicle through the passenger window before ejecting the driver, who walks away.

The policeman then drives away the vehicle with the passenger.

The Directorate of Criminal Investigations on Twitter said there appeared to be some argument that “degenerated into an ugly scene”.

“The cop took one step back, removed his cap and shoved his left foot through the co-driver’s window gaining entry to the vehicle, with little regard to the passenger occupying the passenger seat,” it said, describing the incident.

The National Police Service said the officer had been identified and action was being taken.

“We reiterate that it is imperative for individual police officers to discharge their mandate professionally, diligently and with high levels of discipline,” it said.