‘Land borders reopening excited us; we need clarity if our neighbours agree’- Gomashie 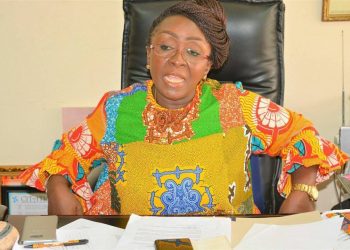 The Member of Parliament for Ketu South, Dzifa Gomashie, who continuously advocated for the re-opening of the country’s land borders is excited about the news.

As part of measures to ease the restrictions brought on by the COVID-19. pandemic, President Nana Addo Dankwa Akufo-Addo on Sunday, March 28, 2022, announced the reopening of land and sea borders in the country effective today, Monday, March 28.

“We were excited when the announcement was made. What wasn’t clear to me however was whether Akufo-Addo was only speaking as the President of the Republic [of Ghana] or also as the Chairman of ECOWAS.”

”My concern is because he may have opened his side of the border, but are the neighbouring towns also opening theirs? We need further clarifications on whether or not the reopening of the border is a collective decision. If not, what steps have been taken to ensure that neighbouring countries comply?”

“All land and sea borders will be opened. Fully vaccinated travellers will be allowed entry through the land and sea borders without a negative PCR test result from the country of origin. Citizens and foreign residents in Ghana, who are not fully vaccinated, will have to produce a negative 48-hour PCR test result, and will be offered vaccination on arrival,” the President said.

Indeed, checks by Citi News’ reporters at both the Elubo and Togo borders on Monday shows that although Ghana’s borders have reopened, both counntries are yet to reopen their side of the borders.

Ghana’s land, sea, and air borders had been closed since the onset of the coronavirus two years ago as part of measures to prevent the virus.

The air borders were subsequently reopened amidst tight COVID-19 protocols and testing.

Some border communities in the country held demonstrations to demand the reopening of the land borders, suggesting that the closure is of no use as some persons continue to use the borders illegally.

In the heat of these, President Akufo-Addo said it was not the right time to reopen borders, amid a surge in COVID-19 cases.

The Ghana Health Service had also urged the government to keep the country’s land borders closed as part of measures to ensure that the Omicron variant does not spread.