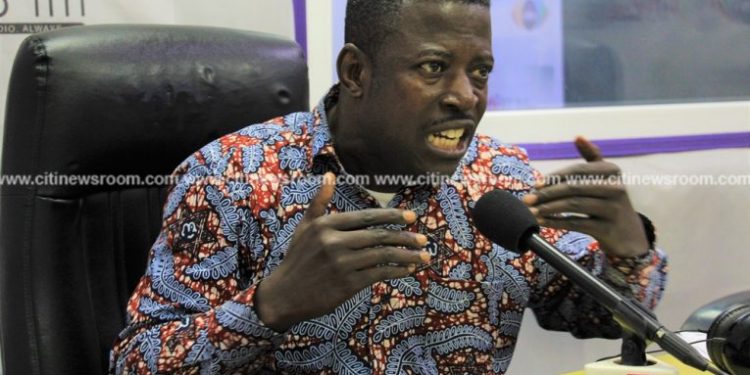 A former Member of Parliament for the Bantama Constituency, Daniel Okyem Aboagye, says the opposition National Democratic Congress (NDC) cannot extricate itself from the current challenges the country is confronted with.

According to him, the Akufo-Addo government has been put in a tight position as a result of its efforts to address challenges inherited from the John Mahama government.

Speaking on The Big Issue on Saturday, the former government spokesperson on finance said, the country’s current economic woes cannot be said to be as a result of poor management by the government.

“We are dealing with legacy issues,” he said.

“We had to pay and manage the financial crisis. We had to deal with the take or pay energy deals. Pensions were not being paid, and we had to pay. If we didn’t have to pay about GHS 21.6 billion to resolve the financial crisis which was so necessary to 4.6 million Ghanaians, that money alone could have supported Free SHS for five years… If we didn’t have to do that, we would have done so much,” he said.

The country’s currency is also suffering depreciation, while the public debt level has attained an unsustainable level.

The government has called a Cabinet meeting to discuss the issues and come up with solutions to resolve them.

The opposition National Democratic Congress (NDC) has seized the opportunity, to accuse the government of poorly managing the economy; hence the prevailing situation.

But according to Mr. Okyem Aboagye, the government has performed impressively given the difficulties it has inherited and the external challenges it has had to deal with, including COVID-19.

According to him, COVID-19 alone dealt a severe blow to the country’s economy.

“Anybody who comes to say that COVID-19 has no impact on what we are facing is basically being economical with the truth. The background of where we started from is bad. We are a developing country, we are fragile, so we can’t compare ourselves to the western countries,” he said.

He further argued that the government has already taken some difficult decisions, such as cutting down in its expenditure, adding that there is the need for the Minority in Parliament to support the government’s push for the controversial E-levy which will give the country some respite.

“To prove to the world that we are capable of managing our affairs is to look internally before we consider going to the IMF,” he said, stressing the importance of the E-levy.