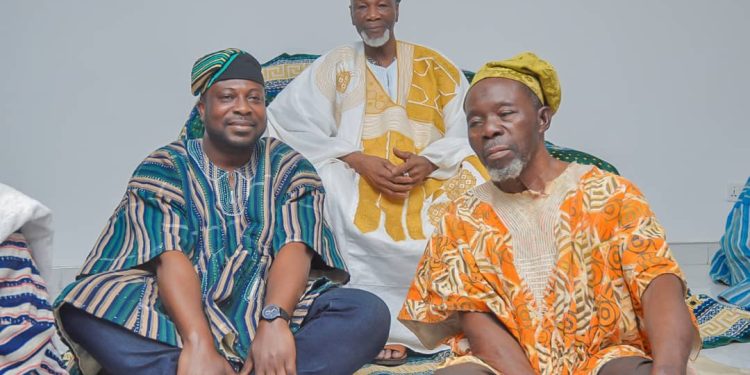 The NPP National Youth Organiser, Salam Mustapha has a paid a courtesy call on the the Overlord of Dagbon, Yaa Naa Abubakari Mahama II.

The courtesy call on the Yaa-Na by Mr. Mustapha was also an opportunity for Mr. Mustapha to also officially the Yaa Naa of his intentions to run for the National Youth Organiser position for the NPP.

Overlord of Dagbon, Abubakari Mahama II advised Salam Mustaphato be honest and truthful in all his dealings in his quest to lead the youth wing of the Party

“Let truth and honesty be your veneer as that will make you a great leader. You should distinguish yourself by standing by these principles at all times and the future generation will refer to you as a role model”, he said.

Mustapha Salam on his part, also pledged to adhere to the advice of the Yaa Naa, adding that when given the nod he would serve the youth wing of the NPP diligently.

“Thanks, your majesty for the advice and I promise to abide by them at all times. As a father, I will hold them to my chest and never depart from them”, he promised

The blueprint of Russia’s invasion [Article]