Some students of Oseneso Basic School in the Wassa East District of the Western Region are alleged to have attacked a linguist during a protest over inadequate furniture in their classrooms on Monday.

The students are reported to have beaten up the linguist and torn his shirt at the Chief’s palace to demand more furniture in their classrooms.

Speaking about the incident, the Public Relations Officer of the Wassa East District Education Service, Mark Amoako, said the issue is being investigated.

“At the moment I cannot tell you much about what the school is doing because a committee has been set up to investigate further because when they had a conversation with the headteacher, they realized there were some things they needed to find out,” he said.

He recalled that “on that Monday, we heard that the children rioted, went to the palace and attacked the linguist because of furniture issues.”

Mr. Amoaka also felt the students may have overreacted with their protest.

“With the lack of chairs, I don’t think it is even in Wassa East alone. Almost all the districts complain about inadequate chairs. They have some, but it is not up to the number they need.”

“It is a problem that needs to be solved alright, but for the children rioting, I don’t know how it happened,” he said. 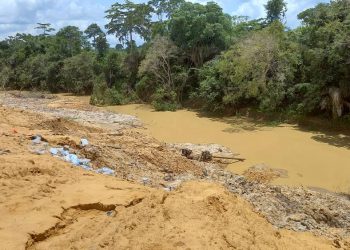