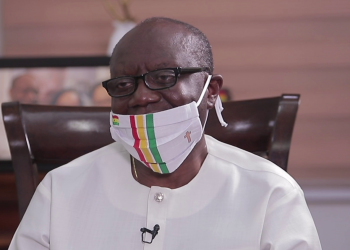 The Minister of Finance, Ken Ofori-Atta, has downplayed the lawsuit filed by the Minority in Parliament over the passage of the 1.5% electronic transfer levy.

Three minority MPs led by their leader, Haruna Iddrisu, have filed a suit at the Supreme Court challenging the legality of the decision by parliament.

The NDC MPs are alleging that the decision on the tax policy was taken while the house was without the required quorum as stipulated in article 104, clause 1 of the 1992 constitution.

But in an interview with Citi News, Mr. Ofori-Atta who moved the motion for approval of the levy indicated that the claims are not factual.

“Well, we operate a democracy, anyone at all can run to court when they have an issue, and then it is finally resolved. Similarly, the Minority has the power to head to Court if they have an issue. There is nothing dramatic about it.”

“We believe there was a quorum in Parliament. Your walking out does not mean there was no quorum. You could have gone for lunch and come back, who knows? We are pleased with the outcome of the proceedings. I think the nation is settled, there is generally calm. People have come to accept it and are moving on with their lives,” he claimed.

Parliament passed the E-Levy in the absence of the Minority MPs, who had walked out before the Bill was seriously considered.

The Minority MPs on the suit are the Minority Leader, Haruna Iddrisu, Mahama Ayariga of Bawku Central, and Samuel Okudzeto Ablakwa of North Tongu.

They are arguing that Parliament did not have the right numbers to form a quorum for the passage of the E-levy Bill into law.

The levy is a 1.5 percent tax on electronic transactions, which includes mobile-money payments.

Mr. Ofori-Atta had earlier said the levy will take effect from May 2022.