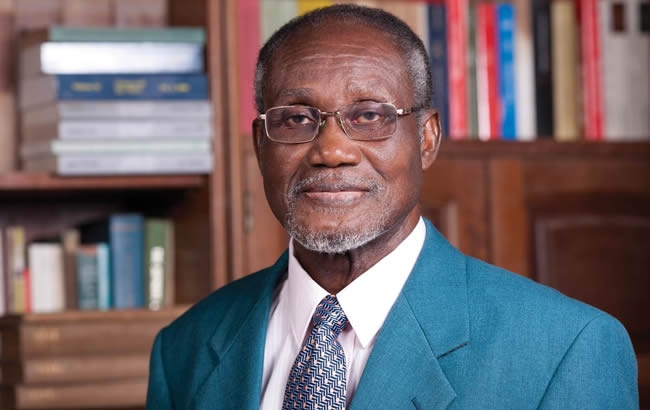 A former Attorney General, Dr. Obed Yao Asamoah is advocating for the creation of a Guan constituency for residents of Santrokofi, Akpafu, Lolobi and Likpe (SALL).

He believes, the proposal by the Attorney General (AG) Godfred Yeboah Dame, for fresh polls in the Buem Constituency to cover SALL residents is not the panacea to parliamentary representation concerns in the areas.

Speaking to Citi News, Dr. Asomoah couldn’t fathom why the Attorney General would make such a suggestion when the communities in question are clearly out of the Buem jurisdiction.

“I don’t think I appreciate what he is proposing. If there is a re-run for the parliamentary elections in Buem, and SALL is not part Of Buem, how is that going to take place? Unless they are proposing that they are going to make SALL part of Buem which I don’t think is justified.”

The one-time Minister for Justice thus implored the government to rather channel its resources into the creation of a new Guan constituency for the people of SALL.

“I don’t understand what they are trying to propose. The people of SALL are in Guan right now, and the Guan District that was created is for the people of SALL so what is needed now is for a constituency so that by the next election they can have a parliamentary candidate; that’s for me is more feasible”, Dr. Obed Asamoah intimated.

The people of SALL did not vote in the parliamentary elections, but participated in the presidential polls ahead of the creation of their Guan constituency.

This led to concerns that they had been disenfranchised and did not have representation in Parliament.

Mr. Dame felt the fresh polls in Buem could address this concern.

“The way to go if we want to achieve representation of the SALL areas in the lifetime of this Parliament, is to ensure that proper areas that have been allocated within proper constituencies duly created by law are given their right to vote in proper elections properly conducted to duly elect Members of Parliament. Thus, a proper election ought to be conducted to elect a Member of Parliament to represent all of the people in the Buem constituency, as mandated by C. I. 128,” he said.

The Buem MP, Kofi Adams, however, criticised this suggestion and described it as a joke.

Already, residents, chiefs and other local government authorities have kicked against the proposals.

Minority demands immediate removal of some taxes on petroleum products