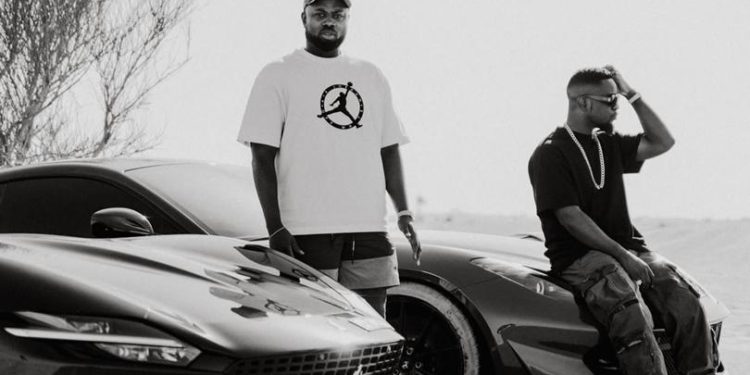 Ghana’s award-winning Afrobeats star, Sarkodie recently took on the Dubai desert, making him the first African artist to host a full concert in the UAE desert, made possible by CEEK, an award-winning developer of premium social virtual and augmented reality experiences.

According to KJ Spio, Creative Director of CEEK, the virtual concert was inspired by the visuals of Sarkodie’s smash hit song, ‘Illuminati’.

“The inspiration for the virtual concert came from the Sarkodie music video ‘Illuminati’, which he shot in the desert a few years back. So that was the original inspiration for it, and that’s why we even started the virtual concert with that song. It is also to celebrate the 10th anniversary of ‘Rapperholic’, which was the second album from Sarkodie. I think that album has had a major impact on Sarkodie as far as his live performances are concerned,” he said.

Sarkodie took to the desert under beaming sunlight, opening with ‘Illuminati’, leading into ‘Rollies and Cigars’, he continued his charged performances, right through to finishing with ‘Adonai’ which is taken off his Sarkology album.

CEEK is ushering in a new era of entertainment, with a mission to empower creators with the tools needed to generate new revenue streams.

With the virtual reality headset, CEEK simulates the communal experience of attending a concert without leaving the comfort of your home.

It allows fans to engage with artists in ways that they have never been able to before.

You can have a front-row experience for Sarkodie’s Rapperholic22 in the desert via www.ceek.com. The 360 VR experience can be viewed via CEEK’s virtual reality headset, you can also access the Sarkodie experience in 2D via your laptop and phone.