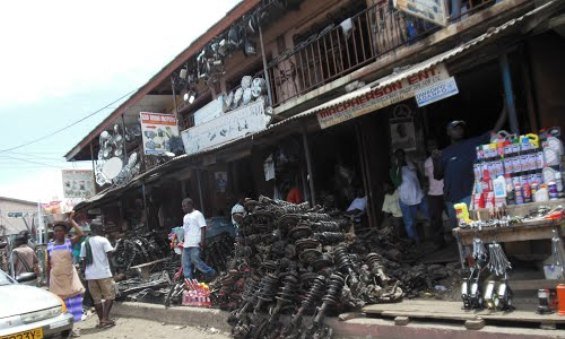 The Abossey Okai Spare parts Dealers Association says it expected the President to address matters bordering the depreciation of the cedi and high import rates in his delivery of the State of the Nation address.

The comment is in reaction to the President’s delivery of the State of the Nation Address on Wednesday, March 30.

President Nana Addo Dankwa Akufo-Addo in his address highlighted government’s plans on matters on the economy, infrastructure, education, health, agriculture and sports, among other sectors.

Reacting to the address, the co-chairman of the Abossey Okai Spare Parts Dealers Association, Clement Boateng said they are hopeful government will consider their concerns and find remedies to them.

“GUTA had proffered some measures that we think that, if government implement, will go a long way to solve the perennial problems we find ourselves in. Currently, it is this high foreign exchange that we use to do our businesses. So we had suggested that, the Bank of Ghana partner with the local banks for partnership in China to make trading easy for us.”

Government’s failure to take drastic measures to tackle the depreciating cedi and the other economic challenges has generated huge controversy, with many Ghanaians complaining that it will bring untold hardship on them, especially as they are yet to recover from the effects of the COVID-19 on their personal finances.

The country’s currency is suffering a depreciation, especially against the US dollar, while the public debt level has attained an unsustainable level.

The Akufo-Addo administration has blamed the economic meltdown on a multiplicity of factors, including the Covid-19 pandemic and Russia’s recent invasion of Ukraine.

Measures announced by the government to revive the economy

The Minister for Finance, Ken Ofori-Atta, last Thursday announced measures taken by the government to revive the economy.

He highlighted twelve points for cutting down public expenditure, including a moratorium on the purchase of imported vehicles and foreign travels by public officials.

He also indicated plans to generate more revenue from the E-levy.

Mr. Ofori-Atta also indicated plans to inject $2 billion into the economy in the next 2 to 6 weeks.

For the Minority, however, the plans are not in any way meant to be in the interest of the ordinary Ghanaian.

E-Levy is a necessary evil; but it should have been reduced to 0.75% – PNC

E-Levy is a necessary evil; but it should have been reduced to 0.75% - PNC