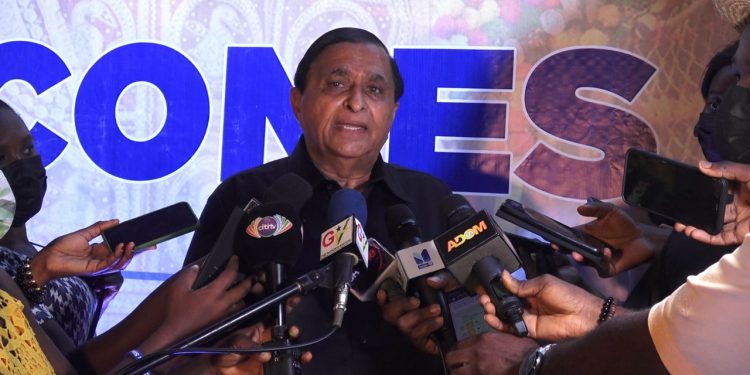 A leading manufacturer of pharmaceutical products in Ghana, M&G Pharmaceuticals, is urging the government to ensure the stability of the dollar rate against the Ghana Cedi.

According to the manufacturing firm, inasmuch as the government has rolled out policies aimed at addressing the problem, the depreciation rate of the cedi against the dollar impacts gravely on their activities.

Speaking to journalists during the Indian Night of Culture, the Chief Executive Officer of M&G Pharmaceuticals, Gopal Vasu, called for a sustainable measure to salvage the situation to boost investor confidence.

Following public outcry over the increasing depreciation of the cedi against the United States Dollars from the beginning of the year, the government increased the policy rate to 17 percent, and also announced plans to inject $2 billion into the economy to stabilise the currency.

The CEO of M&G Pharmaceuticals, Gopal Vasu, says “the local currency has to be stable so that whenever the money is invested, the value of the money could remain the same. The government is really trying because the dollar has now moved from GHC8.50 pesewas to about GHC7.50 pesewas”.

Gopal Vasu wants the government to ensure that the situation remains stable for the benefit of the business community.

He noted that “the stability of the cedi-dollar rates encourages other investors to come and invest in the country”.