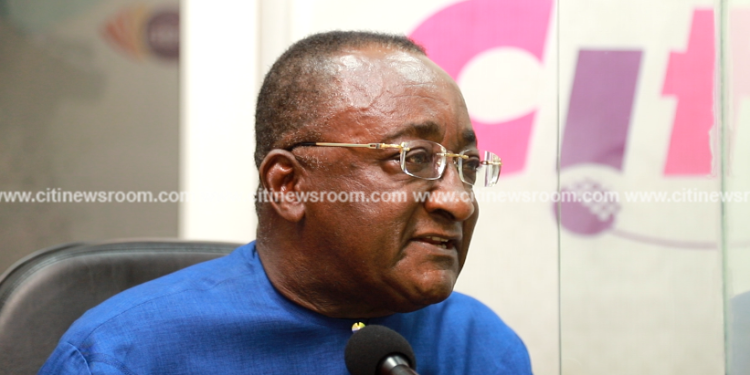 The Minister of Food and Agriculture, Dr. Owusu Afriyie Akoto says he is impressed with the results of the planting for food and jobs programme so far.

According to him, the programme has been “extremely successful” and has, among other things, changed perceptions about agriculture in the country.

Speaking on the Citi Breakfast Show, Dr. Afriyie Akoto said through the programme, the agricultural sector has become attractive to the youth and people in the middle class.

“Planting for Food and Jobs has been extremely successful. It has changed the attitude of people of Ghana towards agriculture. The youth and a lot of businesspeople and middle-class people are now going into agriculture and with that, I have achieved my objective of demonstrating that it is not just villagers or illiterates that do agriculture,” he said.

Despite the minister’s assessment, various stakeholders have insisted that the output of the programme has been unsatisfactory.

Among other things, they cited concerns such as the availability of fertilizer for farmers.

Ghana also declined from 78th position in 2016 to 82nd position in 2021 on the Global Food Security Index recently published by the Economist Intelligence Unit (EIU).

Data from the statistical service also points to an increase in the rate of food inflation in the country but according to the sector minister, these do not in any way reflect the successes of the PFJ programme.

While casting doubt on the findings in the EIU report, he said the rising cost of food prices can be attributed to the recent hike in fuel prices on the international market and the high cost of chemical inputs.

He explained that besides the cost of the produce, transportation is a critical element that influences the cost for the end-user.

“Food is bulky. It has so many components and let’s say high transportation cost. So if anything happens on the world market to oil prices, you have a hit on food prices. Same applies to chemical inputs. These are not just for food, but it is for everything. [The current challenges] are not just in Ghana. It is a global phenomenon. That doesn’t mean that our programme is not successful,” he said.

He further suggested that all aspects of the agricultural value chain must be developed to guarantee the sustainability of the PFJ programme.