The economic ramifications of the conflict between Russia and Ukraine [Article] 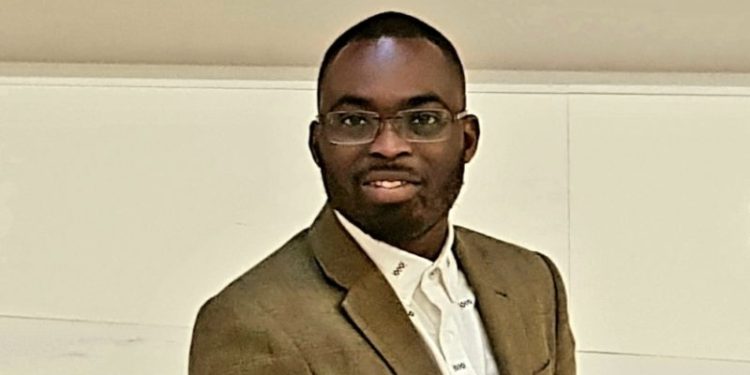 The ongoing Russian-Ukrainian conflict has occurred at a time when global economies are recovering from the deadly COVID-19 pandemic which has claimed millions of lives, led to major closures, lockdowns, massive stoppages of operations and shutdowns of global supply chains. The current conflict between Russia and Ukraine is an indication of the symbiosis and convolution of the global economy.

The conflict reveals the interconnectedness of global security, specifically in relation to food security, energy security and human security. It shows that, apart from conventional military weapons, economic sanctions have dire repercussions and are being used as weapons against Russia. The conflict is rapidly changing and having an impact on the world as a whole. For example, since the war began, the price of Brent crude has spiked to $110 per barrel, a jump of over 80% in 12 months. High energy prices are affecting the transport sector and utility costs, including electricity, gas and other fuels such as kerosene and paraffin. The rise in commodity prices will certainly create winners and losers across Africa. Sanctions and supply chain disruptions are driving commodity prices up, which in turn causes inflation and further rises in crude oil prices for governments and consumers.

Oil and gas producing countries in the Middle East and North Africa (MENA) region may benefit from high oil and gas prices as more revenue is generated for these economies. Meanwhile, the impact of the conflict on oil importing economies is negative, with rises in oil bills, depletion of foreign reserves, high inflation rates, greater production costs and an increase in the burden of government support for the poor.

High inflation rates also aggravate the quandary faced by central banks. High inflation compels them to raise interest rates, while there is a need for developing economies to keep interest rates low to encourage economic growth, especially given the sudden economic downturn due to the conflict.

With the current ban on Russian oil, many countries are turning to the MENA region to compensate European markets. Oil producing and exporting countries such as Nigeria and Angola may also benefit as they rake in the gains of the oil price increase, which is enough to counter underperforming production. However, taking advantage of the situation is not easy in the short term, since major preparations are required, particularly at the contract level, in supply chains and in logistics in importing countries.

The world’s stock market prices and futures have been in decline in various ways since the conflict began. While the conflict itself has had a minimal impact on the global financial markets, as neither Russia nor Ukraine are key actors in those markets, the gold spot price has increased to the highest level since late 2020 due to an influx of investors into safe haven assets, while international stock markets have plunged into the red zone.

Russia and Ukraine account for nearly 30% of world wheat exports, and 15% of world corn exports come from Ukraine. Sanctions due to the conflict have led to an interruption in supply, resulting in a surge in the prices of wheat, corn, cereals and other general necessities. As most African nations rely on imported wheat, it is anticipated that Africa’s largest wheat consumers will be badly affected. Sub-Saharan countries such as Ghana, Kenya and Nigeria depend on imports from Russia and Ukraine, and anticipate an increase in commodity prices. Egypt imports 60% of its wheat from Russia and 30% from Ukraine, while Algeria imports 25% from Russia, and Morocco imports 26% from Ukraine. The ongoing conflict is contributing to a decline in production which affects the livelihoods and economics of these countries, leading to food insecurity.

Russia, being the second largest crude oil producer behind the US and ahead of Saudi Arabia, produces nearly 11 million barrels per day, but consumes approximately half of this internally and exports 5 to 6 million barrels. Russia received nearly US$110 billion in 2021 from oil exports, twice as much as its earnings from natural gas.

The US considers Russia a minute source of oil. In 2021 the US imported only 8% of its crude oil and petroleum products from Russia. This share has increased recently following sanctions on Venezuela and storms which interrupted offshore production in the Gulf of Mexico last year. Nevertheless, the US considers Russian crude oil imports only a small component of its energy mix.

Various sanctions have been imposed on Russia since it started the conflict with Ukraine, most targeting politicians, oligarchs and Russian companies, both within and outside the country, and other actors in the financial sector. An array of Russian financial institutions have been removed from the Society for Worldwide Interbank Financial Telecommunication (Swift) payment system, arguably one of the most severe sanctions imposed. Swift is a global network used for making payments, and is the mechanism used by almost all banks to transfer financial data. It is Russia’s main means of transaction with its global oil and gas suppliers.

Clearly, removing Swift means that Russian banks have to look for other means of receiving payments. Oil and gas revenue plays a major part in Russia’s economy and therefore, removing Swift may asphyxiate it. The European Union has also moved to freeze a portion of Russia’s central bank reserves, a move that is having considerable harmful implications for Russia’s economy. Russia may have to turn to its allies such as China, Iran and North Korea. However, this offers oil and gas producing countries in the MENA region and Sub-Saharan Africa the opportunity to supply the oil and gas deficit to Europe and become the catalyst that curbs the sharp rise in global oil prices by increasing production.

The author, Aaron Yao Ahali is a PhD researcher in Economics at the University of Buckingham, UK.