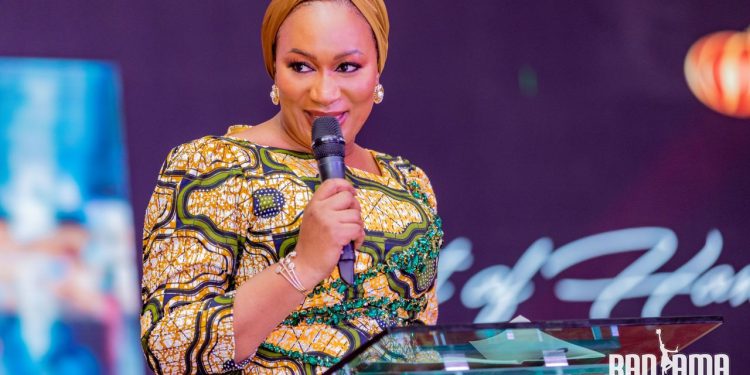 Ghana’s Second Lady, Samira Bawumia says the achievements of the Akufo-Addo-Bawumia administration are dotted across the country.

Samira Bawumia says through the Ministry of Special Development Initiative, every constituency in Ghana has witnessed various forms of development in the first term of the administration.

Speaking at a forum in the UK, Samira Bawumia said Ghana has seen more development under the NPP government than any government in the Fourth Republic.

She stressed that the Akufo-Addo government has worked to ensure that the country’s resources are distributed evenly across the country.

“For those of us who have the honor of travelling round the country, there is no constituency that His Excellency Nana Akufo-Addo has not touched with development. That is the priority of our government to make sure that we spread evenly the resources of our nation,” she said.

The Ministry of Special Development Initiative which was created by the Akufo-Addo government in 2017 to formulate and implement policies, plans and programmes for special developmental projects has been the coordinator for projects such as the 1-village 1 dam and 1-district 1-warehouse among others.

The Ministry’s work has been reviewed, and it is currently a secretariat under the Office of the President, headed by Napaga Tia Sulemana as Coordinator.