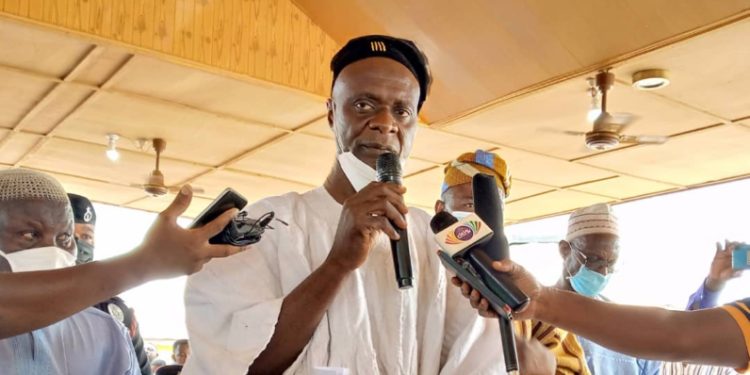 He says the peace of the town is threatened with the frequent eruption of armed violence.

The latest gun attack on the Dakpema Palace on Monday dawn left five people with injuries including the chief.

Speaking to Citi News on the security situation of the area, Alhaji Shaani said the town is tense up.

“The peace is threatened and we cannot pretend. There is calm, but it’s uneasy calm, I cannot say that there is absolute calm. We are receiving people because we do want things to escalate but Tamale is tense.”

The victims of Monday’s Dakpema Palace attack are however responding to treatment.

The Northern Regional Minister, Alhaji Shani Alhassan Saibu, who confirmed this to Citi News, said three of the victims have already been discharged, while the Dakpema and one other were in stable condition and responding positively to treatment.

15 armed men onboard a Toyota Hilux pick-up vehicle were said to have attacked the Dakpema Palace leaving five people injured.

The Police say they have commenced investigations into the shooting, though the identities of the armed men are yet to be known.

“The number of people who were hit by gunshots is about five. So far, three of them have been treated and discharged. Two of them are still in the hospital but are in stable condition”, the Minister added.

The five people who sustained the injuries included the Dakpema, Naa Bawa Fuseini,

Bloodstains and bullet penetrations were visible marks of the attack on the palace. Discharged cartridges and a burnt motorbike were also found at the scene.

There have been issues of supremacy between the Dakpema Palace and Gulkpe Naa Palace over who is the chief of Tamale for some time now.

But Shani Alhassan Saibu, has urged the traditional council in Dagbon to quell the tensions.