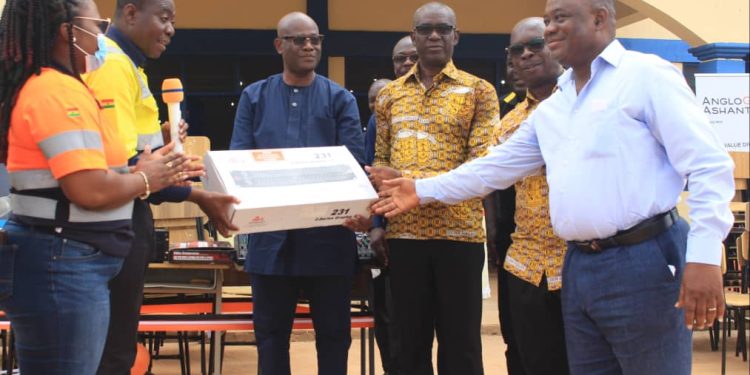 AngloGold Ashanti has made significant strides in an attempt to impact quality education delivery in Obuasi.

The company through its Social Management Plan which was launched in 2019 has committed over GH¢5 million to educational development in the last 3 years.

This was made known by the Senior Manager of Sustainability, Emmanuel Baidoo when he led AngloGold Ashanti to donate 1000 chairs and a modern Public Address system to the Obuasi Senior High and Technical School.

Totalling GH¢242,715, the chairs are expected to enhance interaction with students for better learning outcomes and help students sit comfortably during school gatherings which was not the case previously when students had to stand through school gatherings for long periods which affected their concentration on issues being discussed coupled with the frustration that accompanied holding outdoor activities which involved a large number of students without a powerful PA system. 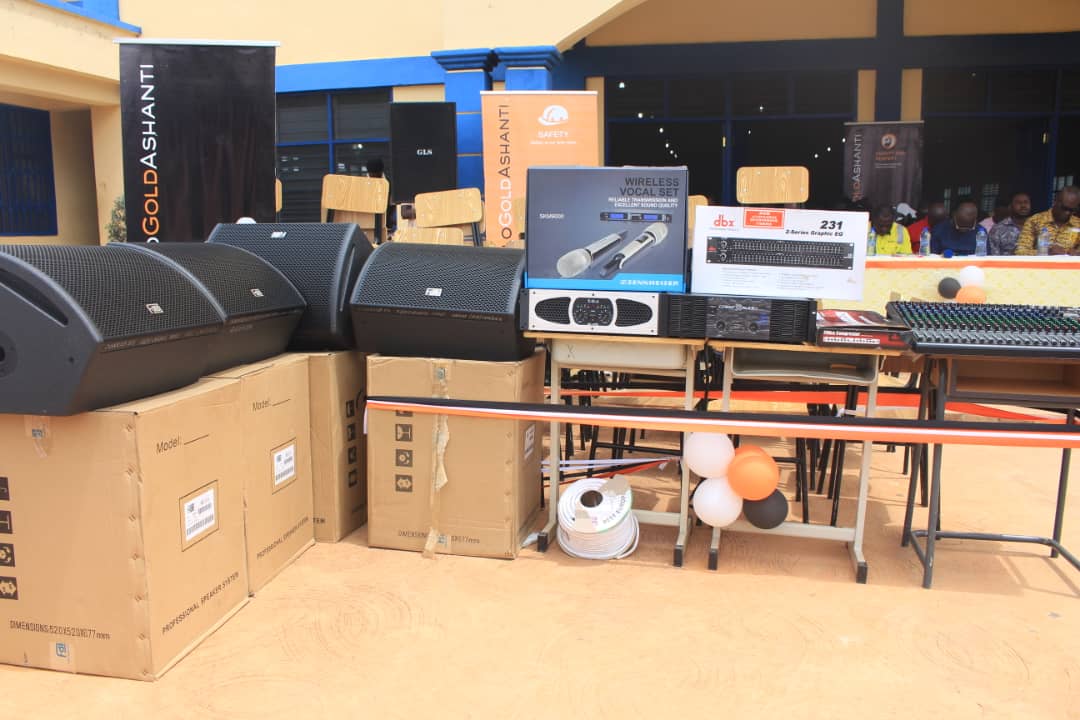 On investments made by Anglogold Ashanti towards educational development, Mr. Baidoo said a significant part of the investment has gone into the provision of infrastructure, building the capacity of teachers to ensure effective teaching and learning outcomes, and the provision of teaching materials.

“When we invest in education, it will definitely translate into developing the Human Resource capability that we need as a country to pursue the developmental agenda that we seek to push as a country”, he added.

He again lifted the lid on what should be expected in AGA’s 10-year development plan, which is yet to be made public.

He said, in contributing to the Government’s policy in education which places emphasis on Science, Technology, Engineering, and Mathematics (STEM) education and Technical and Vocational Education and Training (TVET), the 10-year Development Plan will focus on developing these areas which Obuasi Senior High and Technical will have its fair share. 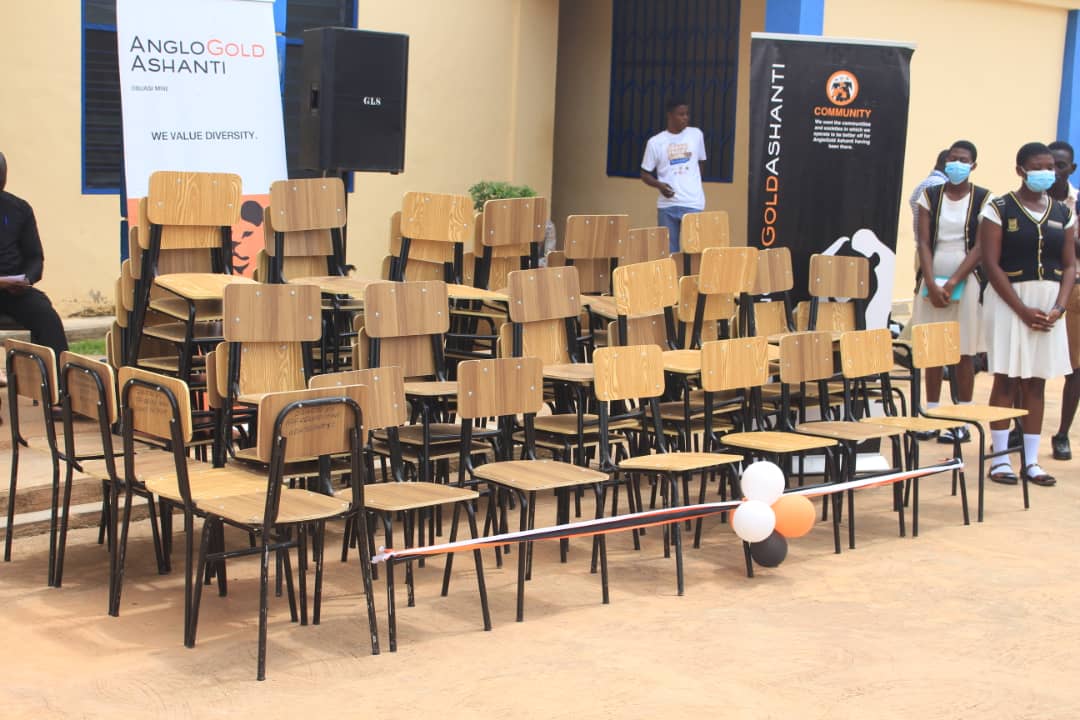 The Headmaster of the school Ernest Wiafe, who received the items, thanked Anglogold Ashanti for coming to the aid of the school.

He said the school had no furniture in its auditorium, which was completed in 2017.

Describing the donation as a timely intervention, the Headmaster said the donation has come at a time when the school is expecting about 1,800 first-year students, which will put a lot of pressure on the existing furniture of the school.