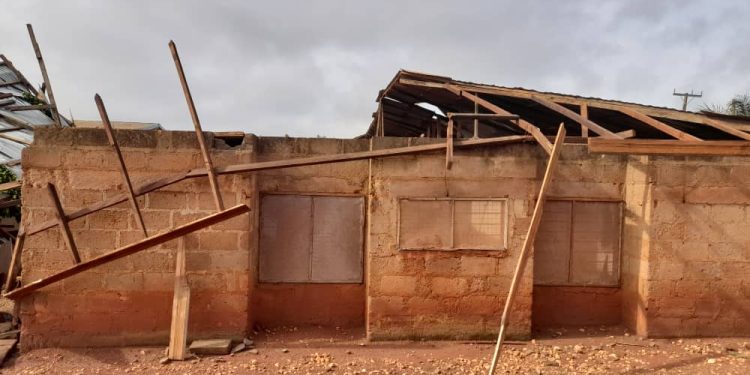 About one hundred inhabitants of the Atwima Bebu community in the Atwima Kwanwoma District of the Ashanti Region, have been displaced following a rainstorm that ripped off the roofing of some 20 houses and two basic schools in the community.

Affected victims say they have been left with nothing.

Yaa Dufie, one of the displaced persons who has had her house destroyed by the storm, says about 30 persons occupying the house have been displaced with nowhere to lay their heads.

“All we saw was the sudden storm that started ripping off our roofing sheets. Almost all the roofing sheets of the building have been ripped off, leaving us displaced. This has really affected us, as we don’t have anywhere to sleep. We have been left with nothing. We really need help as about 30 of us have been displaced here.”

“When the rains started pouring, it was accompanied by a heavy storm that began ripping off our roofing sheets, thereby destroying our house. We have been left with nothing as our things have been destroyed. We do not have anywhere to sleep,” one of the affected persons said to Citi News. 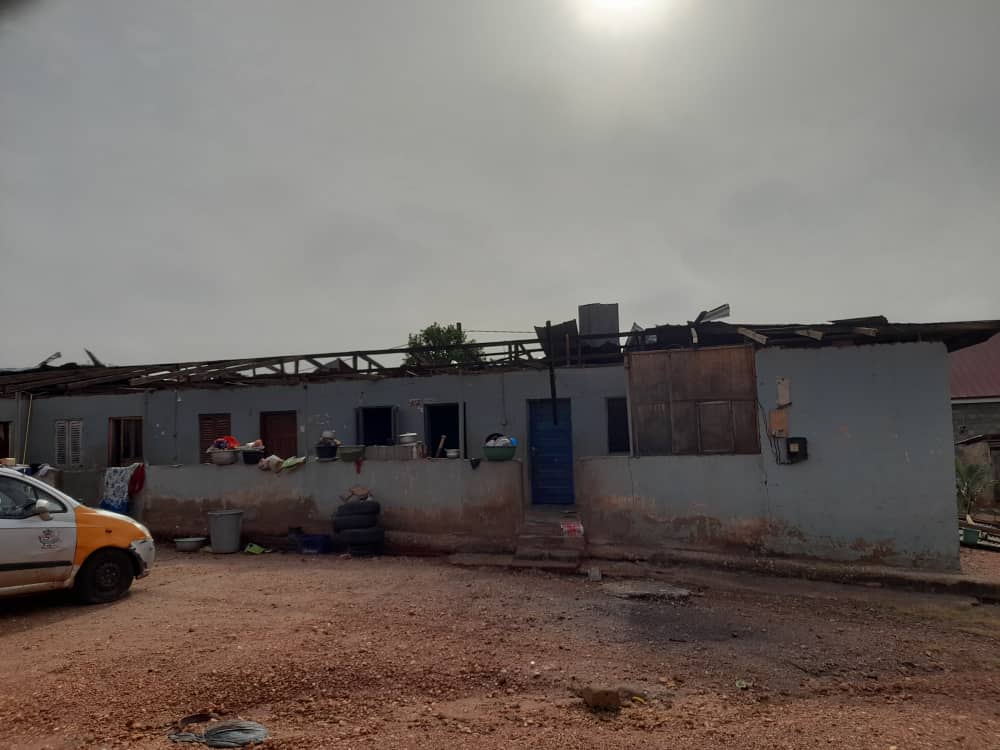 Another victim added that “When the incident happened, I couldn’t spend the night here, so I had to beg to sleep at someone’s place together with four of my grandchildren. We’ll have to go back there today since the situation remains the same.”

They have thus called on the government and non-governmental organisations to support them to rebuild their homes.

“The little money I had on me is gone as a result of the rain. I want the government to come to our aid,” said Akosua Manu, a displaced woman.

“We want authorities to help us as early as possible because our situation is a sad one,” Yaa Duffie appealed.

Assemblymember for the Atwima Bebu Electoral Area, Boakye Ansah Manu, says about 100 persons have been displaced. He also called on the government and other stakeholders for immediate support. 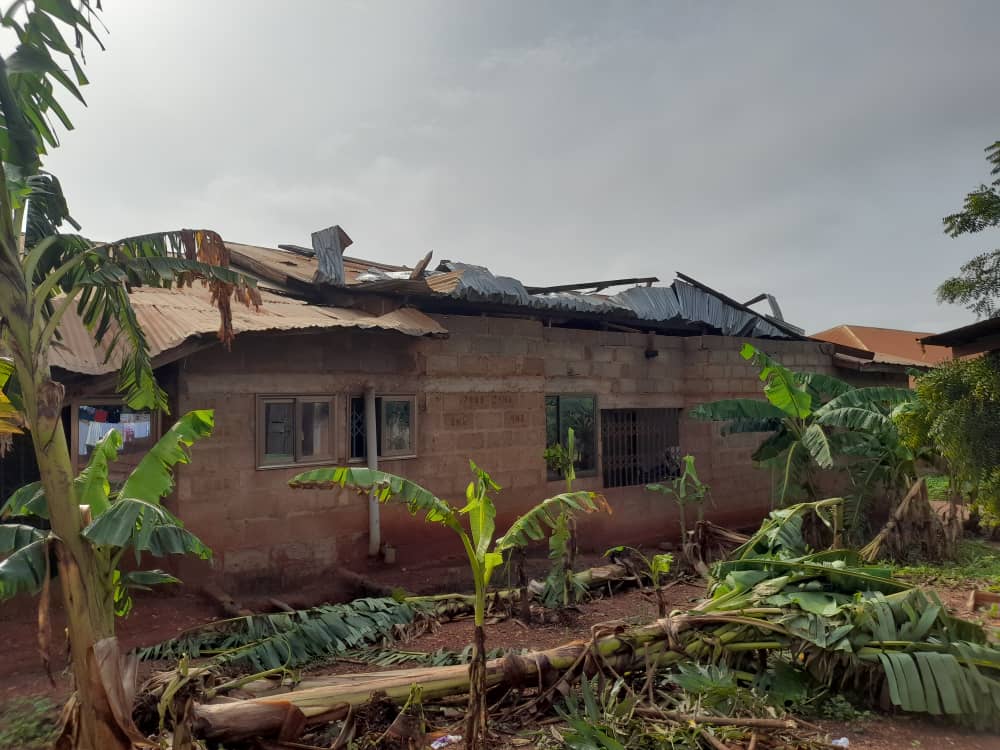 “It was just a brief rainstorm. Suddenly I had so many calls, so I had to come from my house to check what was going on in the community. I then realized that a lot of houses had their roofs ripped off. I counted about 20 houses that have been affected and the school in the community too we have some of its parts that have been ripped off. We are counting about 100 people being displaced,”.

Some schools affected include the Methodist Primary and D/A Junior High School.

The District Chief Executive for Atwima Kwanwoma, Prince Karikari, who visited the school to ascertain the extent of damage has assured that steps would be taken to fix the school before schools resume from vacation.

” This is an unforeseen circumstance that has occurred in the school, and it will cost so much inconvenience when the school reopens so what we are going to do as an Assembly is that as soon as practicable, I’ll let people come here to assess the situation and then bring the report to us. As soon as practicable, we are going to work on it and make sure the situation is fixed before school reopens,” stated the DCE.

He further sympathized with affected persons, thereby assuring them of the assembly’s support.

“It is a natural misfortune that has occurred to the people. We commiserate with them, and we are with them in this difficult time. We will see how best the Assembly can provide some relief, come to their aid and support them,” Prince Karikari added.